Back in November, we heard rumours that Facebook was working on a new product that will let companies essentially build their own internal Facebook, for work usage. It turns out the rumours were correct – and today Facebook has confirmed the existence of what it is simply calling “Work”. 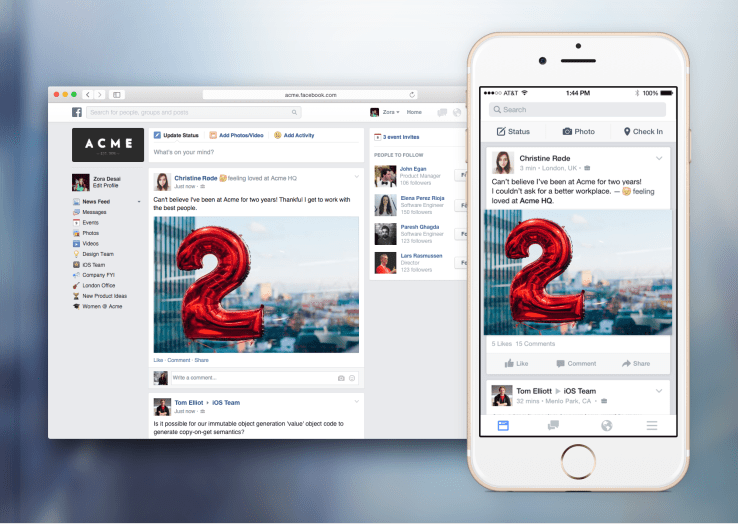 TechCrunch got hold of the details of what has been created so far – which so far seems very similar to normal Facebook. Apparently the way it works is that your boss will sign up for “Work”, and then be able to create accounts for employees. Terrifyingly, you will apparently be able to tie your personal FB account to your Work account… though here’s hoping Facebook retains some separation between the two worlds.

The build currently has support for status updates and document sharing and not much else by the look of it, but the expectation is that eventually this will lead to document collaboration so that multiple people can work on the same document simultaneously (a bit like Google Docs), and other web apps will be able to plug into it in the same way that other services can currently make use of your Facebook account.

The service is so new, there isn’t even any adverts yet – and Facebook still hasn’t apparently finalised how it will monetise the service (in other words, will it be ad-funded, or will it charge companies a fee directly?).

It isn’t clear when Work will be rolled out either – though a handful of external companies have apparently already been testing it, and the initial aim will be at companies with more than 100 employees.

So next time you’re dozing at your desk, don’t be surprised if you get a poke from your boss.