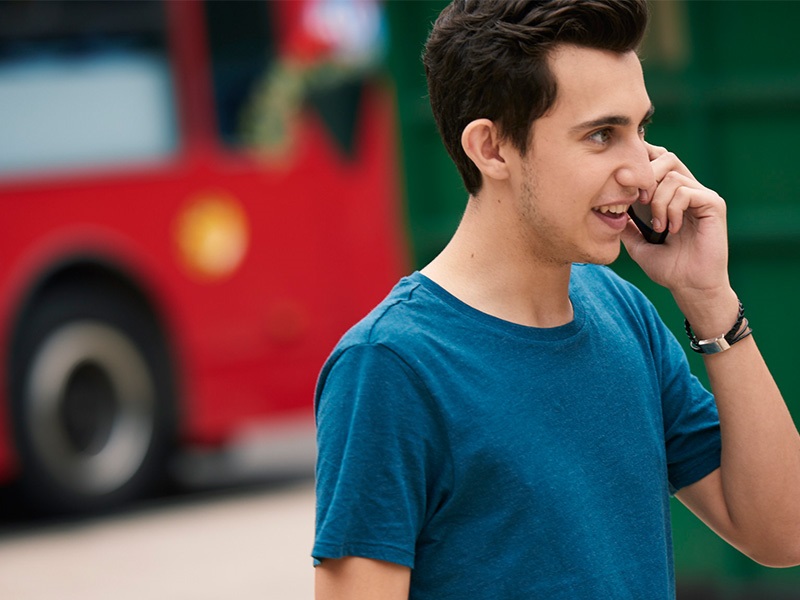 Since mobile phones were first invented around thirty year ago, the technology has changed perhaps faster than we could ever have imagined – and our phones are now an essential tool to be carried everywhere. We’ve gone from bricks attached to a suitcase to an ultra-thin iPhone 6, sporting a massive, brightly coloured display capable of displaying HD videos… and yet, when it comes to the humble phone call, things are still pretty similar.

It’s bizarre when you think about it – that as we’ve gone through a number of wifi standards (from 802.11n to 802.11ac) and as bandwidth has increased massively, when we take a call the sound quality still sounds exactly like it did all of those years ago.

The reason for this is simple: If it ain’t broke, don’t fix it – and the GSM standard for connecting audio calls has worked great so far. It’s reliable too – which can be important as this moving Vodafone film from its ‘Every Second Counts’ campaign shows:

But wouldn’t it be better if the quality of the call was more like real life? If Skype can do it, why can’t our phones?

The good news is that Vodafone is working away on making this a reality using the power of 4G. Thanks to 4G’s increased bandwidth, it is possible for “Voice over LTE” – or “VoLTE” for short – to happen (“LTE” is a technical term for 4G). It’s easier just to call it HD Voice, like everyone else does.

The way it works is that rather than have your phone use its GSM capabilities to make calls, it instead uses the 4G radio – so when you’re calling another 4G user on the same network on a supported phone (most new ones, like the iPhone 6, support it). These newer phones will also automatically switch, so if you enter an area that doesn’t have 3G or 4G, the call can automatically switch back to good old GSM.

Given that Vodafone already has 4G coverage in 313 cities, towns and districts, and it is committed to aiming to become the strongest network in Britain – could we be about to see HD Voice revolution our voice calls at long last?

One thought on “Can Vodafone bring phone calls into the 21st century with HD Voice?”