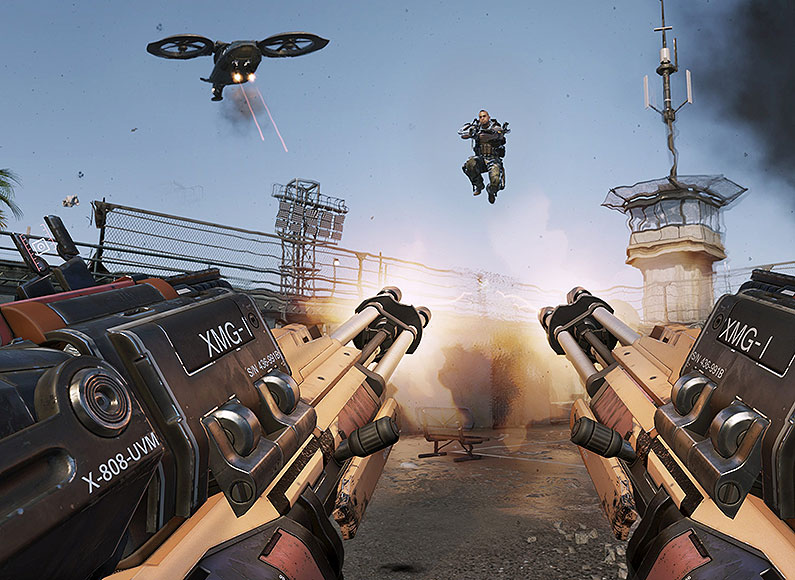 EA’s six-week run with FIFA 15 is over as Activision Blizzard take the top spot with Call of Duty: Advanced Warfare.

The latest in the series convincingly beats the week one number of 2013’s Call of Duty: Ghosts despite being the fifth-biggest launch in the Call of Duty series as a whole. By contrast, three of this year’s biggest week-one titles have been first-person shooters: Titanfall, Destiny and Wolfenstein. Advanced Warfare’s week-one total beats the combined week-one sales of those three by almost 14%.

FIFA 15 moves down to No.2 following its unbroken run at the top since its release. It stays way ahead of two Sega titles, one of them a new entry at No.3 in the form of Football Manager 2015 for PC. The second is Alien: Isolation, which climbs to its second-highest position since its launch five weeks ago. Strong sales see it climb to No.4.

Destiny climbs a spot to No.5 ahead of  Minecraft: Playstation Edition which drops three places to No.6. Skylanders Trap Team continues its week-on-week climb to No.7. Last week’s debutant and Xbox One exclusive title Sunset Overdrive is down to No.8 ahead of The Evil Within which slides to No.9. There is no change at No.10 as Minecraft: Xbox Edition is a non-mover.

No.9: The Evil Within

One thought on “The UK top 10 video games chart: Call of Duty advances straight to the front”