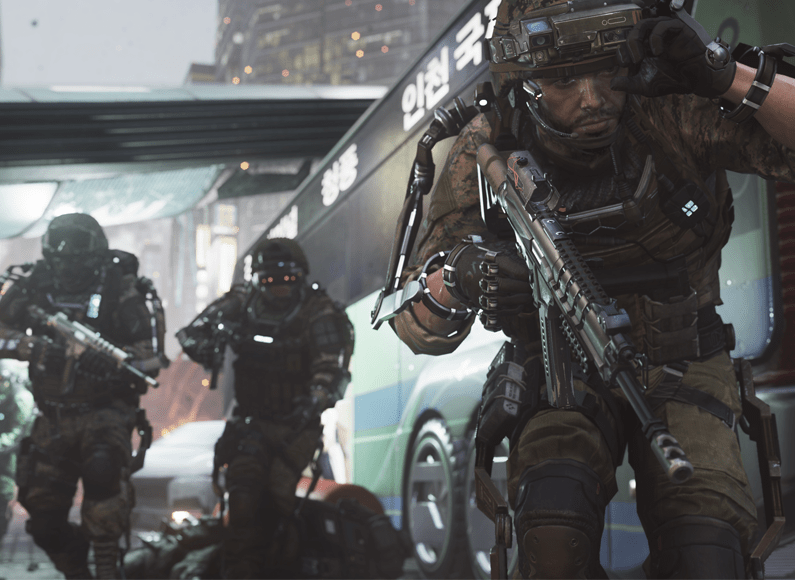 In 2011 the experimental psychologist and popular science writer Steven Pinker published what is arguably his masterwork to date: The Better Angels Of Our Nature attempted to distill down into eight hundred pages a simple, hopeful message: That violence is becoming less common in the world.

This argument was predicated on a wide-ranging study of data over a wide range of disciplines and the conclusions were stark: Crime rates are falling, war is quickly becoming a thing of the past, and when wars did happen they were much less destructive (even when considering the two, umm, big blips in the first half of the 20th century) – essentially more people than ever were able to live in peace.

There were a number of reasons for this change, but one of them was the increase in what Pinker referred to as circles of empathy – the idea that our conception of rights has evolved slowly to encompass greater swathes of humanity. It was litany of reasons to be optimistic about the future.

It is against this backdrop that Call of Duty: Advanced Warfare pits its more dystopic vision of the future. Drawing in contemporary concerns like drone warfare, the role of private military contractors and the rise of non-state actors, it is a chaotic world, where the established order we’re familiar with, dominated by states has been disrupted – with catastrophic effect.

The game’s antagonist is none other than Kevin Spacey, and in Advanced Warfare, he plays the role of Jonathan Irons, the CEO of the Atlas Corporation, and a man is essentially a Frank Underwood who wasn’t raised in the deep south. After a warm-up mission in which we’re introduced to player character Jack Mitchell, fighting back the North Korean invasion of Seoul, Spacey’s character telegraphs exactly where the plot is going: Atlas is a corporation that has the largest standing army in the world – a superpower that is answerable to no one. Unsurprisingly – things soon get a little out of hand.

As you’re running and gunning through the streets of Greece, the Antarctic Tundra and the rooftops over “New Baghdad” (very clever, guys), you could be forgiven for wondering how global disorder on this scale could plausibly happen: To what ideas can COD:AW anchor its fictional international order?

The political scientist Francis Fukuyama also published a book in 2011, which made an interesting companion read to Better Angels. His book, The Origins of Political Order and its second volume Political Order and Political Decay covered an equally vast and multidisciplinary study – instead turning to history to try to determine why political entities and actors are like they are today.

Fukuyama argues that modern political order within a state depends on three key factors: Rule of law – to have political leaders from acting arbitrarily and instead forcing them to act within a framework of law, accountable government – mechanisms through which the actions of the government are representative of the will of the population it governs, and crucially, a state that is strong enough to enforce its will – a state that has a monopoly on the use of violence, and that is able to enforce its will upon the governed.

So perhaps the increased role for a non-state actor like Atlas is the perfect (double) jumping off point? In CODAW’s dystopic future the balance between state and non-state actors has shifted too far the other way? What should be a libertarian paradise is in fact a war-ravaged hellscape. Irons doesn’t need political order – in fact, his corporation thrives on the exactly the opposite. Unlike the state, Irons is accountable to no one and for sure has a monopoly on the use of violence. He answers to no man – and the state is not strong enough to act against him.

Irons describes “Atlas” as a superpower answerable to no nation – echoing the old saying that the Prussian army was an army without a nation. And it is a power with none of the constraints of state actors – able to act politically, but not as part of an order. And we see this play out in the game, as Irons goes on to unilaterally order military actions without sanction from government.

Though Irons clearly created Atlas as a business – saying “we are a superpower for hire” – the plot reveals he has grander ambitions. And this is where things get interesting for the player: Rather than playing a faceless grunt in a powerful army, Mitchell becomes an underdog after (minor, predictable spoiler) turning against Irons when his former boss’s intentions become clear.

Narratively then, Advanced Warfare puts the Call of Duty series in an interesting place – with some thematically interesting ideas. And of course, it is executed with exactly as you’d expect: with the bombast of a Fast and Furious film, and the subtlety of the Power Rangers.

On a more mechanical level, when it comes to playing the game, things are a lot more familiar.

Though the game introduces some new, futuristic things: double jumping, and the ability to hover and break your fall – but really it is the same game you’ve played every year for the past however many years: Shooty action, interspersed with some dramatic and linear action sequences that require button presses when prompted. This is not a bad thing: Some of the set pieces are very exciting, like jumping between moving vehicles on a highway… though it isn’t like the player has any control over how it plays out.

The multiplayer side of the game is interesting too. When you first switch into multiplayer mode a message from the developers is displayed thanking the player for buying the game and reminding them what is new this year. In other words, Call of Duty has recognised that really it is two separate games: it is no longer just a game about a story, or about the nature of war or any form of emotional engagement – but is in fact also a sports game. As ever, there’s no time to moralise over the endless cycle of death online – but there’s plenty of statistics, replays and so on. The only thing missing is a live commentator.

Like last year’s Ghosts instalment, Advanced Warfare won’t be what wins you over if you already dislike the series – though it does introduce some vaguely interesting new ideas, and in any case, I’d take the addition of Kevin Spacey over a stealth dog any day of the week.