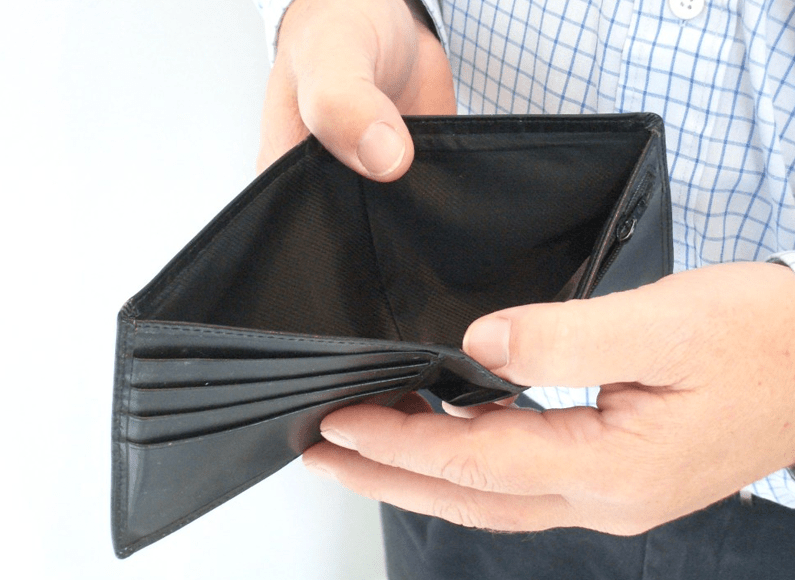 When Apple CEO Tim Cook announced Apple Pay last month, he mentioned that it was his intention to eliminate the need to carry a wallet. But how close are Apple to freeing up our pockets?

I’ve been going through my wallet to figure out what Apple needs to digitise next. 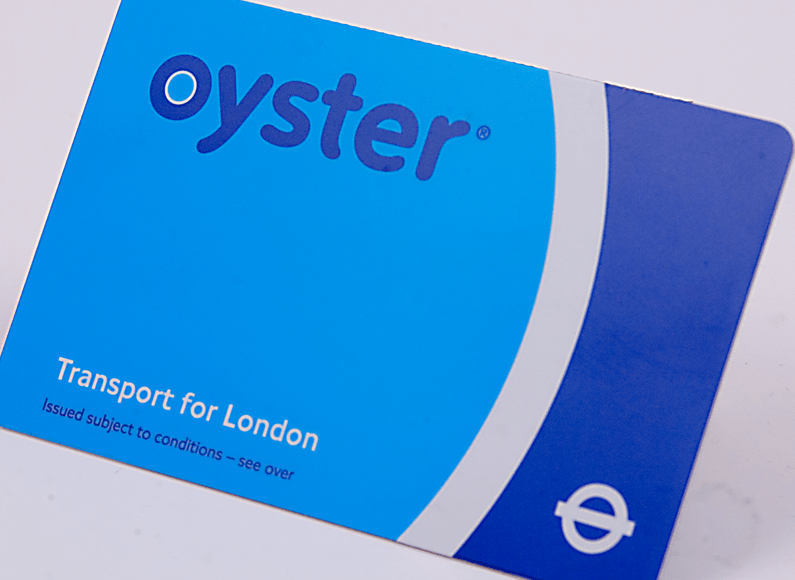 If you’re a Londoner, you’ll know how essential your Oyster card is. Oyster was an RFID smartcard back when NFC was just a poor selection of letters in Scrabble and has worked great since – and let’s you access London’s transport system without the need for a paper ticket.

Whilst the Tube (and buses) has just started supporting wireless payment cards from banks, many people are still without them – meaning that for the time being, they will still need an Oyster. In any case – even if everyone who could used a wireless bank card (or Apple Pay containing their debit card), there would still be a problem for retired and young people, who get free travel. Apple will need to support a Transport for London app that will let your gran load up her bus pass.
[/nextpage] [nextpage title=”Next”] 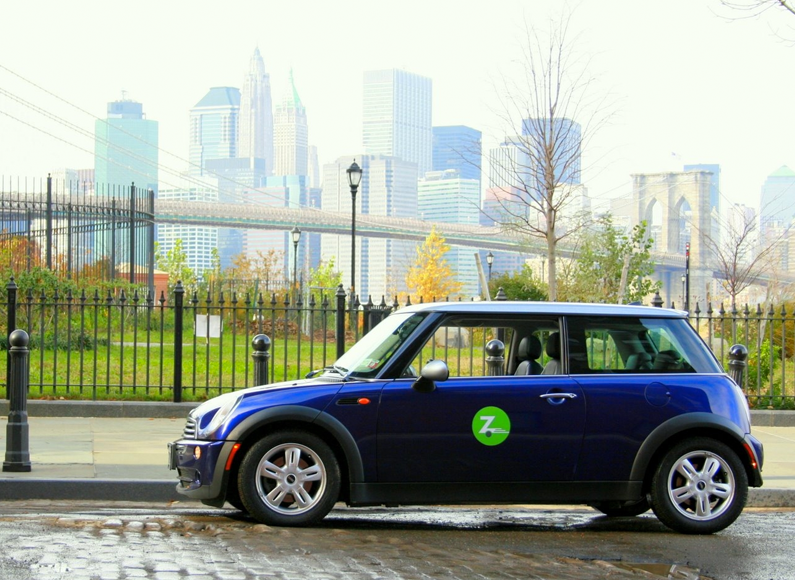 Zipcar is a great service if you live in a big city – why bother to own a car when you can rent one quickly and easily through an app? When you’ve booked your slot, when you go to pick up the car from a designated parking space you have to unlock it with your Zipcar Card – which works using RFID. Apple will need to persuade Zipcar to let me use my phone instead.
[/nextpage] [nextpage title=”Next”] 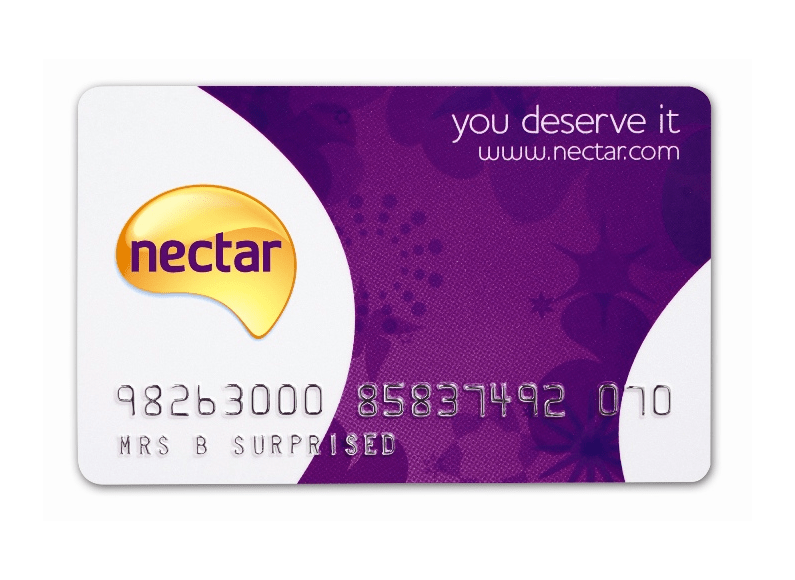 Supporting wireless payments is going to be pretty straightforward for Apple – all it will have to do is talk to the handful of major banks in every country (so over here RBS, HSBC, Lloyds and Barclays), but if it wants to truly make passbook useful then it will have to have conversations with all of the major retailers and shops too.

The trouble for Apple is that all of the loyalty schemes work in slightly different ways: Nectar cards are swiped, Tesco Clubcards have barcodes, and many smaller places have good old fashioned paper stamps. If Apple want me to leave my wallet at home then it is going to need to persuade retailers to update their systems to work with an app (which they may also have to code), and potentially replace a lot of hardware (with associated staff training issues). This could be expensive for retailers too. 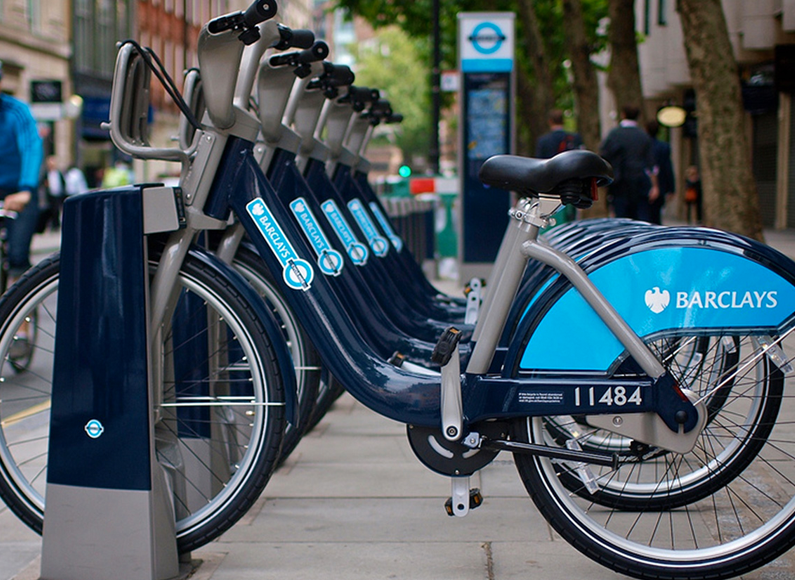 This will be a tricky one for Apple. London has a large network of rental bikes, which can be picked up from stands placed every 500m or so. (The cycle hire has become affectionately known as “Boris Bikes” because of our awful mayor taking credit for something that wasn’t his idea). Many other cities have these too – and all work in different ways. In London’s case, a bike can be removed using a small plastic stick on a keyring. It uses RFID technology – so broadly the same technology as the iPhone 6’s NFC, but there’s no way you can jam an iPhone into a Boris bike stand. 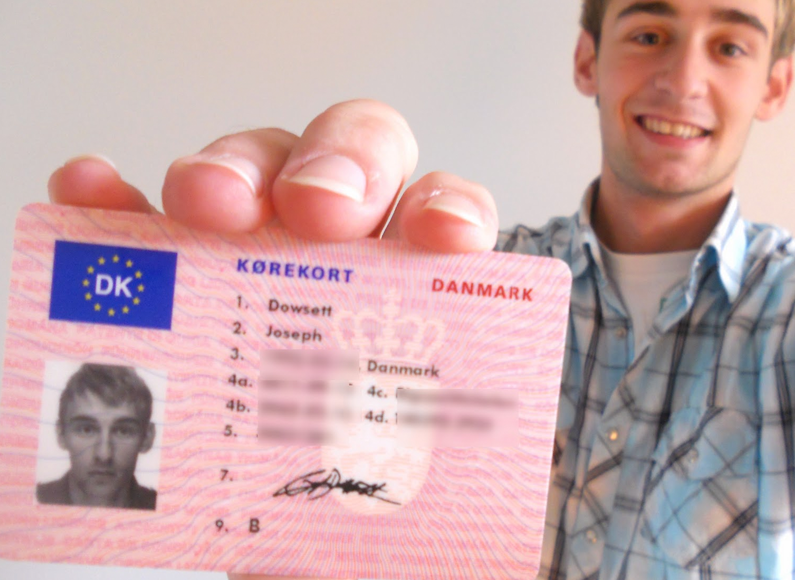 Now this is an awkward one. Loads of people carry around a driving license in their wallet – not only does it prove you’re able to drive, but it is a useful form of ID. If Apple wants to eliminate the wallet, how is it going to get around the fact that some people need to carry around their license?

Could Apple come up with some sort of digital proof of ID, using fingerprints? Even if the technology was there making it workable in terms of legality and the like would be a nightmare. So don’t expect to be getting rid of your wallet any time soon. 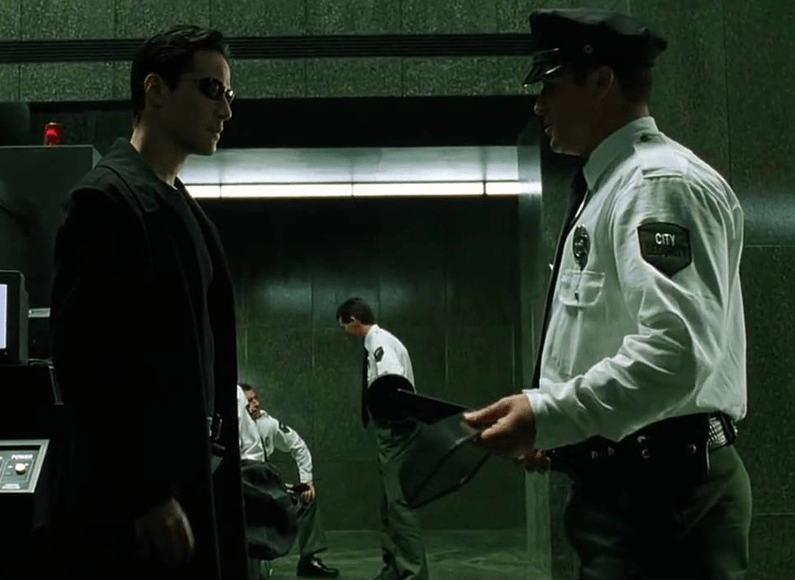 If you work for a big company, or in a big office block, then you probably have some sort of swipe card system to enter the building. Given there’s a billion ways these systems could work, and be definition they are concerned about security, could Apple conceivably figure out a way to use your phone here?

We’d put more money the company coming out with an “Apple Lanyard”, which is a piece of plastic that will hold your work pass and driving license.
[/nextpage] [nextpage title=”Next”] 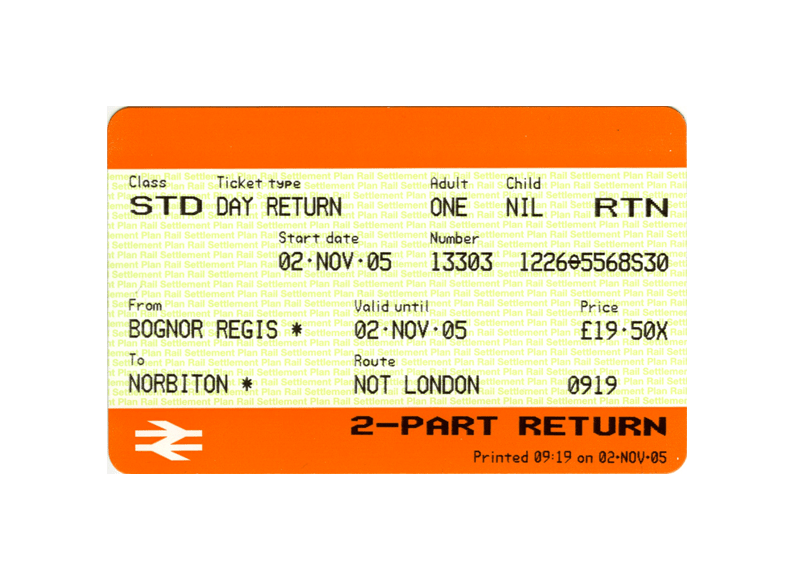 Train tickets are another thing that pile up in your wallet and are ripe for Apple to sort out. It should be pretty simple too: When you buy a ticket online, or even in a station, have the ticket downloaded to your phone and sent to passbook instead of printed out.

It should be pretty straightforward – the only challenge might be in terms of training ticketing staff on what to do. Are they going to start punching holes in your screen?

If I was Apple, I’d be on the phone to National Rail already.
[/nextpage] [nextpage title=”Next”] 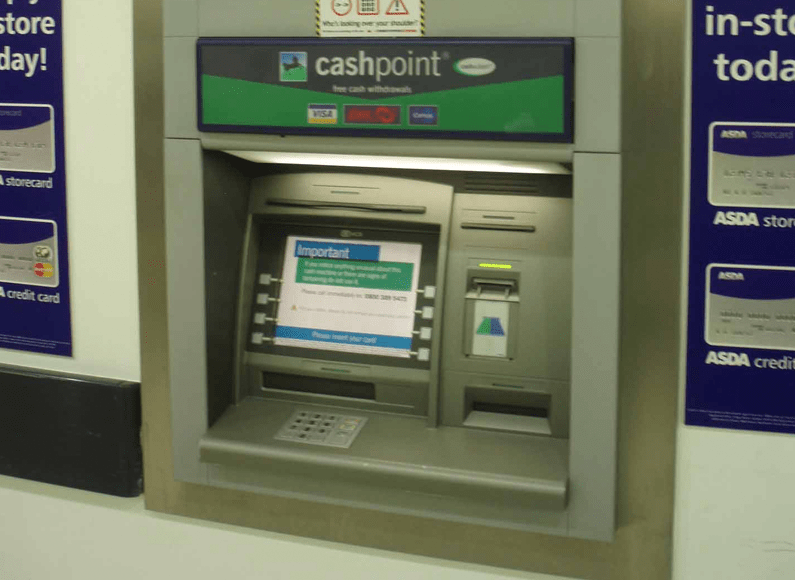 Let’s face it – for the foreseeable future cash isn’t going to go anywhere, which means that if I want to carry any, not only do I need a wallet but I also need my bank card to get cash out.

If Apple wants to at least eliminate the card side of things, then it will have to figure out how to make ATMs work without cards. One possible way this could work is by using a barcode or text message verification or similar: Perhaps you could type your phone number into an ATM, and your banking app could prompt you on your phone for a fingerprint? This would at least only require a software update – rather than for NFC readers to be installed on all cash points.

The challenge here though will be convincing the banks to make it happen – and ensuring that it is fast. At the moment putting in a four digit PIN is relatively quick – if people are having to wait around for notifications or type in longer numbers, queues will inevitably be longer too.
[/nextpage] [nextpage title=”Next”] Okay, so car keys aren’t kept in your wallet, but it is still a pain to carry them around. Perhaps with the advent of Apple’s CarPlay and cars that are smart enough to connect to wifi and bluetooth we can finally do away with physical keys? How about unlocking when you walk towards your car? And how about switching on the engine too? No doubt there are already cars that do this, but it’ll need the technological muscle of a company like Apple to make standards, so that all cars will work with phones.
[/nextpage] [nextpage title=”Next”] 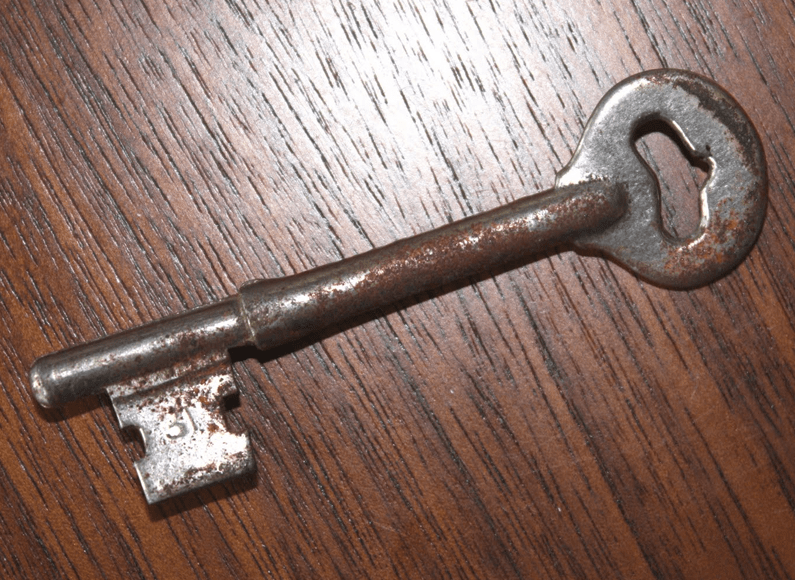 So cars might be pretty straightforward – but what about slightly more technologically backwards houses, which for most intents and purposes are just unintelligent piles of bricks?

There are already moves in this direction, but the market is not quite as developed as, say, smart thermostats. Lockitron is a good example – that uses an app on your phone and bluetooth to control your house lock, and has lots of intelligence built in. For example, if you’re expecting guests you can send them an invitation granting their phone the right to lock and unlock your house – and you can also receive notifications when people get home.

For Apple, it might just be a case of waiting for locks like this to become more common – but it will want to be careful to make sure it integrates fully with its HomeKit Internet of Things platform.
[/nextpage] [nextpage title=”Next”] 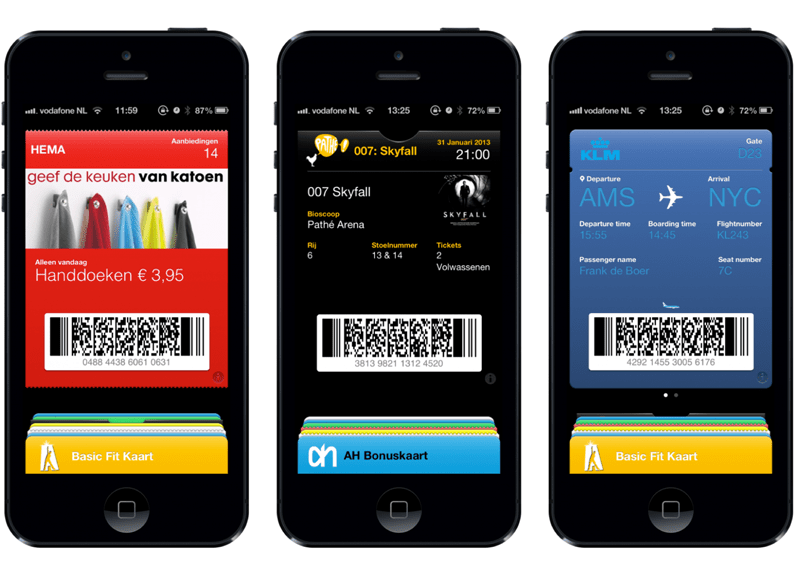 I wrote off Passbook for a long time, but once when booking cinema tickets I found a good reason to use it – and it worked great. Not only did it put my tickets in somewhere easy to find, but just before my film started it display the ticket on the lock screen for easy access. Brilliant.

The only trouble is that not many apps currently support Passbook. If Apple is serious about getting rid of the wallet, then it should encourage more apps to use it, or perhaps even allow users to create their own passes. For example – if you get etickets to an event via email, add a button to send the email to Passbook.
[/nextpage] [nextpage title=”Next”] 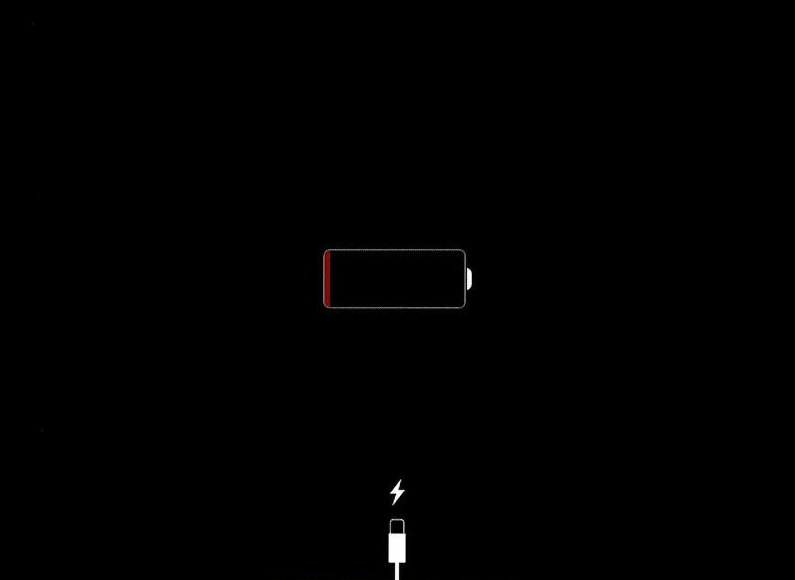 Finally, there’s one other obstacle that Apple will need to overcome to eliminate the wallet: Battery life.

All of these features are great and really useful… but imagine if your phone battery were to die before you can pay for your meal? Or worse still, if Apple really does manage to replace the wallet, imagine being stranded because your train tickets are on your phone.

With the current crop of smartphones, you’re lucky if you get 12 hours of battery life with moderate usage – if Apple wants us to start doing critical tasks with our phone, then it needs to think of a way around this.
[/nextpage]

One thought on “How close is Apple to eliminating the wallet? Can you really leave it at home with the iPhone 6?”