Samsung this morning has launched its own app store – in a major affront to Google. Could we soon see a divorce? 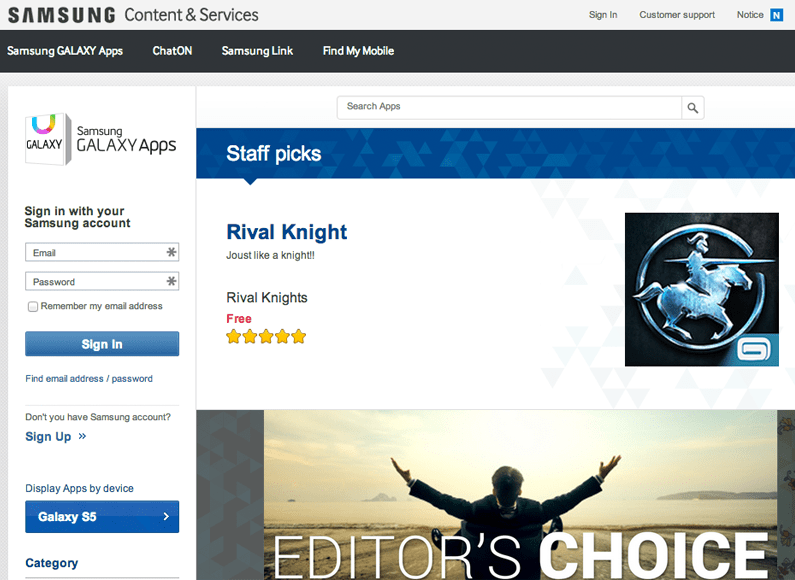 Samsung and Google have been one of the most successful partnerships in mobile over recent years, with the Galaxy line of phones being far and away the the biggest selling Android devices, and a major reason that Google’s mobile operating system has been so successful. However, today there’s another sign that the marriage of the two companies is really one of convenience, as they snipe at each other behind each their backs.

Samsung has launched an app store: the latest sign that Samsung is aiming to De-Google its products. Though most Samsung devices run Android, the real power comes in controlling the app eco-system: At the moment, ultimately, Google still get the cash for apps, not to mention the essential top billing on Samsung phones, but don’t be surprised if with future devices the Google Play store is replaced with the Samsung App store.

The company has been trying to get away from Google for some time – including apps like its own S Health and S Voice instead of Google Fit and Google’s own voice search, for example. And it is not surprising that Samsung customise the interface on their phones to look wildly different from the stock vanilla Android that Google uses on its own devices like the Nexus 5.

If you’ll allow a little wild speculation: Now that Samsung has captured a big market share in Android, could the eventual goal to be to go fully indepedent and ‘fork’ Android away from Google, much like Amazon has done for the Kindle Fire tablet and phone, and Microsoft has for the Nokia X?

The app store has already launched and you can find it here.