Remember Ouya? The little Android-powered home console has announced plans to offer an all-you-can-eat Netflix-style subscription to access all of the games on the service. 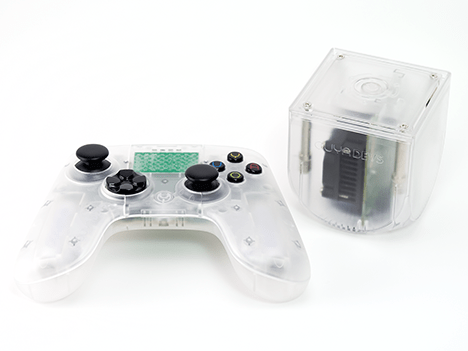 The console did not have the easiest of births: despite huge success on Kickstarter raising the cash in the first place, the reaction to the console once people started receiving it was decidedly lukewarm, with criticism that it was buggy, underpowered and lacked games.

Now though the company are hoping for a fresh start with a pivot towards a different business model: Rather than charge on a game-by-game basis like you might get on Google Play or Xbox Live, the company want players to buy an “All access pass” for $60/year. This will apparently give players access to around 800 games (all valued under $30) for free.

According to Android Police, owing to the complex way in which in-app-purchases work on some Android games, the way it will work with the subscription is that things like “access all levels” will be locked, whereas consumable content like extra lives or in-game currency will still require extra purchases. 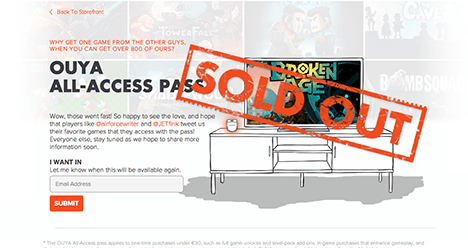 At the moment the subscription service is only in the testing phase so is only available to a handful of developers: though the service was briefly listed on the Ouya website it has now “sold out”.

We’ll keep you posted as to when it launches properly and when it will be available in the UK. Now if only we could convince Nintendo to do the same…

One thought on “Ouya introduces "Netflix for videogames"”