Online retailer Firebox has just put on sale a Star Trek: The Original Series Phaser, that can be used not for shooting aliens, but for changing the channel. Unfortunately the press release has already done the best pun available: “Turn it up, Scotty”. 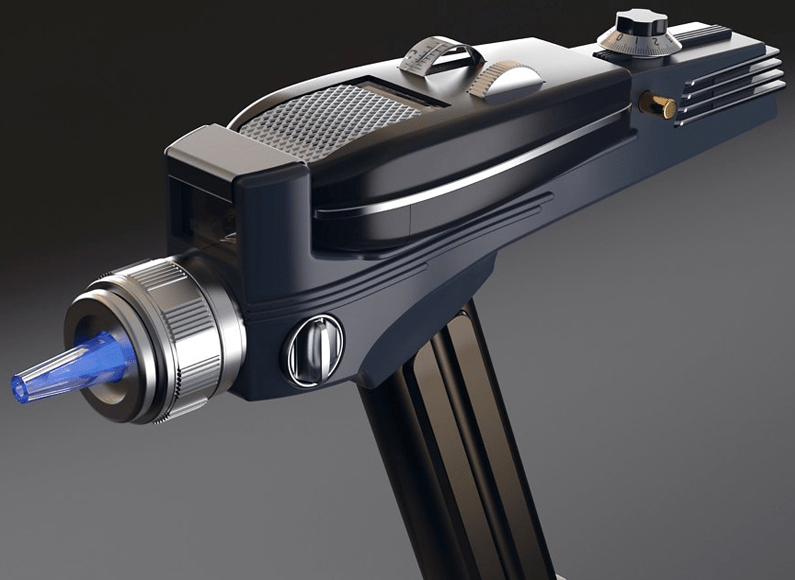 The replica, which will be officially unveiled next week at San Diego Comic-Con looks the part because it has apparently been 3D-scanned from the last remaining Phaser prop from the 60s TV show. 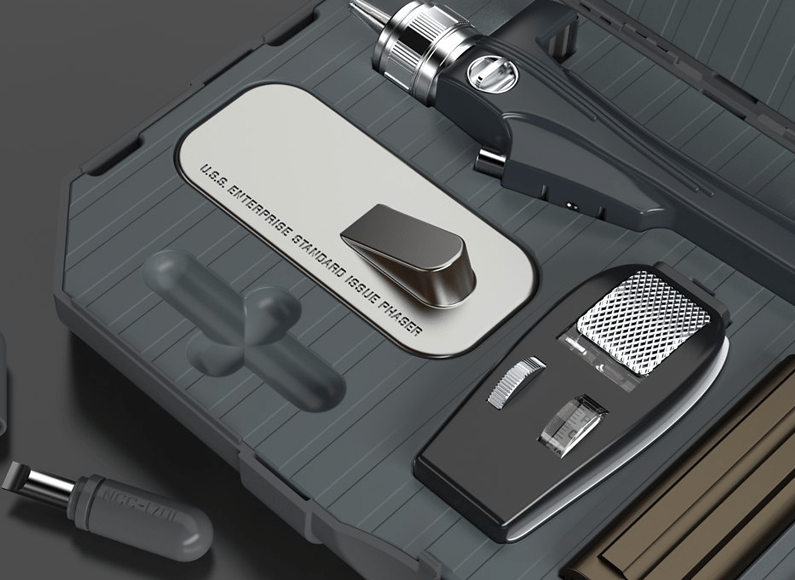 Apparently it can store up to 36 remote control commands and has “gesture based controls” – its fully programmable so should be able to work with a wide range of IR devices. Voice commands in the unit will talk you through getting things setup. Oh, and it’ll play ten “authentic” phaser sound effects and offers “tactile force-feedback” too.

The Phaser will be available from November for £119.95. In the meantime, check out our feature on how Star Trek predicted the future