Rumours are flying around that Apple has been spending its pocket money: Has it just put down $30m to buy talk radio app Swell? 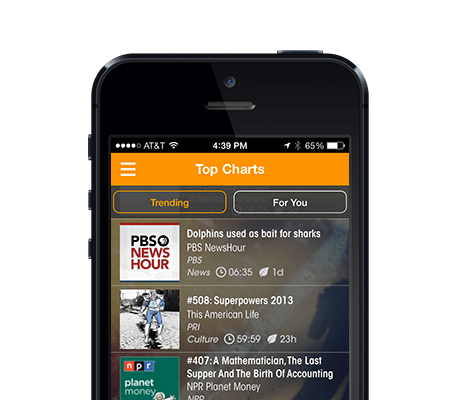 According to Recode, Apple has bought the app which generates custom playlists from podcasts and talk radio content, and learns what you like. An interesting move from a company that is more accustomed to making billion dollar acquisitions: Was Swell an impulse buy at the check-out?

Also interestingly, one of the original investors in the app was Google Ventures, the arm of Apple’s great rival dedicated to investing in small start-up companies with lots of potential.

The speculation is the acquisition could be to beef up Apple’s rather lacklustre podcasting app, which has received widespread criticism after it was spun off of the main iTunes app a few years ago.

Recode also reports that the app apparently had a lower userbase, but high engagement amongst those who did use it – and that as part of the deal the independent Swell app will be shut down. It sounds as though Apple was hiring for the algorithms that selected the content, and the talent who developed it – with most employees expected to join Apple’s operation.

So can we expect a better Apple podcast app soon? Please?