The games world loves a good rumour, and this week’s involves an updated version of the popular game Sleeping Dogs. 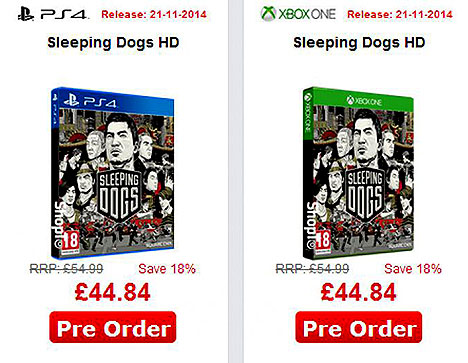 It appears UK retailer ShopTo briefly had Sleeping Dogs HD available for pre-order, with a November 21 release date. The listing has since been removed.

Sleeping Dogs is an open world adventure set in Hong Kong. Released by Square Enix in August 2012 for PC, PlayStation 3 and Xbox 360, the game has been supported with seveal DLC packs since its launch.

A sequel, Sleeping Dogs: Triad Wars, was confirmed to be in development last December, but nothing has been heard of it since.

The GTA-like Sleeping Dogs was one of the hit games of 2012, garnering mostly positive reviews across the board.