Taiwanese tech giant HTC is reportedly working on a plastic variant of the HTC One M8, which while similar on the inside, will have a cheaper exterior. 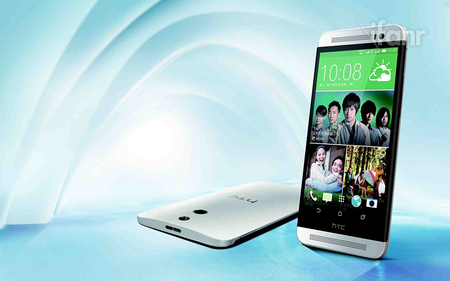 The shots were found on Chinese tech blog iFanr, which has managed to get hold of an image of the rumoured handset.

The leaked specifications consist of a 5″ full HD super LCD 3 display, a Snapdragon 801 processor and a 2600mAh battery. It is said to run on latest version of Android, KitKat. In other words, very similar to the M8.

Buyers would also be getting a 13- megapixel rear-facing camera (not the company’s famous dual-camera, unfortunately), as well as 5 megapixels on the front.

But perhaps the main point here is not the specs but the prospects of the handset being made from plastic. This would obviously be a way to cut costs down and provide people on a budget with another option.

While this all matches up to previous reports and the specs seem sensible for this sort of handset, the handset has not yet been confirmed as real by HTC.