Samsung have today officially announced the existence of the their new Galaxy K Zoom handset – following earlier speculation and leaks. 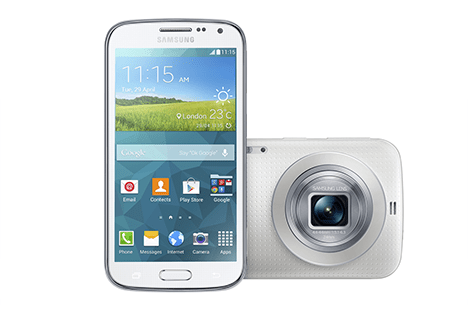 The phone follows the trend set by earlier phones like the S4 Zoom, and bolts on a rather nice camera to a pleasingly high-spec phone. In this case, the Galaxy K is basically an S5, with a slightly smaller screen (4.8″ vs the S5’s 5.1″) but with a whopping great big 20.7 Megapixel lens on the back.

Unlike other handsets, the camera plays a hugely important part in the phone – with the lens extended out of the handset, like a point & shoot camera – enabling not just digital zoom, but optical zoom up to 10x too. 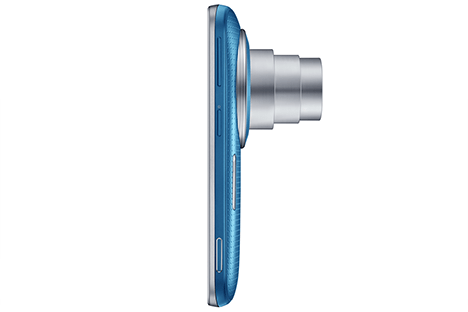 The camera itself sports a 1/2.3 BSI CMOS Sensor, and the lens has a 3.1-6.3 aperture – with optical image stabilisation. Apparently this is pretty good for a phone camera – but don’t expect to be chucking away your DSLR just yet.

On the front, there’s a 2 megapixel camera for your selfies.

Samsung are though keen to boast about three features that will apparently improve your photography. First off there’s Autofocus/Autoexposure separation, which will give “precise balance of light and clarity”, then there’s “Pro suggest”, which will offer “10 optimised filter settings” and finally…. a “selfie alarm”, which should make taking selfies easier.

Spec-wise the rest of the phone is pretty much on par with Samsung’s latest offerings: so it runs KitKat, sports S-Health and so on – and is powered by a 1.7ghz dual core, and 1.3ghz quad core processor.

So will it be any good? We’re hoping to test one in a few weeks time, and will let you know!