Samsung mobile’s official Twitter account has dropped the biggest hint yet that a new iteration of the Galaxy Zoom is on the way – this time an S5 with a beefed up camera. 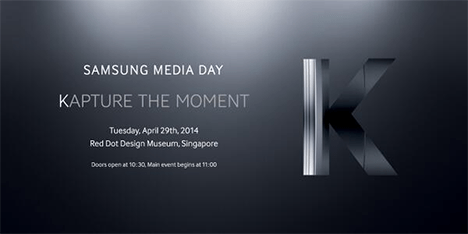 @SamsungMobile have urged followers to “Kapture the moment. April 29. Mark your calendars!”, and seasoned Samsung-watchers have concluded that unless the company are branching out into Pokemon, this is a not-too-subtle reference to photography.

The phone that is expected to be unveiled is the Galaxy S5 Zoom, images of which have already leaked to the International Business Times: 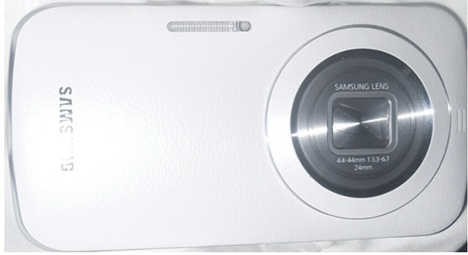 The only thing that isn’t known now really is the naming – speculation is that the company may drop “Galaxy” from the name, or perhaps name is the “S5 K” (as in “Kapture”), or maybe go for “Galaxy K”. Basically everyone is trying to figure out what the big “K” is for.

The (normal) S5 went on sale in the UK last week – landing at Carphone Warehouse and Vodafone stores (amongst others). It is now available for around £570 SIM free, and on monthly contracts that cost upwards of £40.

We’ll have more on the S5 Zoom (or whatever it will be called) when we hear it.