The whole tech press has been getting excited over the past couple of days over yet more alleged iPhone 6 leaks – this time, it is photos purported to be from the Chinese factory where the phone will be made showing the mould in which the phone’s case will be moulded from. Yes, this is a big deal, apparently.

The images surfaced over the weekend on Weibo, which is a Chinese social network that has similarities to Twitter – and apparently show sketches and moulds from Foxconn’s plant. 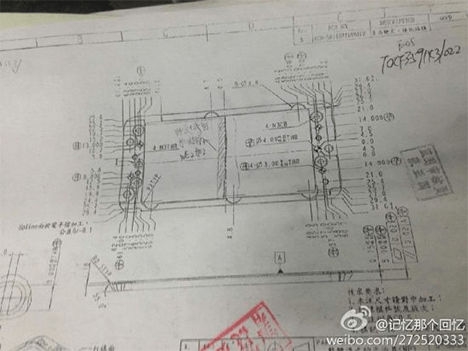 The images are (perhaps) interesting because they show what shape the iPhone 6 will be – these are essentially the cookie cutters. 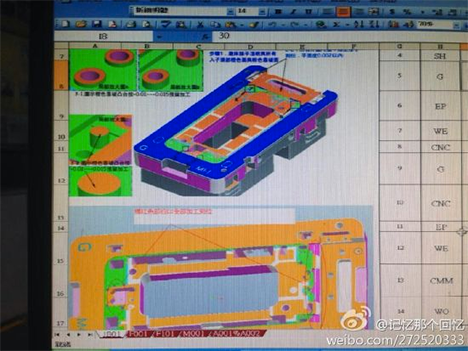 What’s amusing with this image is that it appears to show that software running on Windows XP is an integral part of the production process for the iPhone 6. Who’d have thought it? 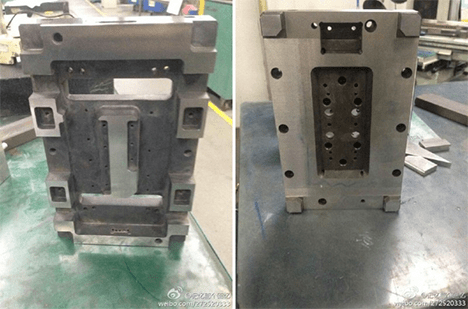 …And above we have the finished mould.

Why this is (arguably) significant is because of the endless rumours flying around about the iPhone 6 coming in two different sizes: one ‘normal’ phone, that will have a screen of similar stature to the 5S – about 4.7″, and one larger ‘phablet’ screen clocking in at 5.5″.

If you can deduce anything from the above images and the dimensions of the phone then you’re a better person than I am – though I do think that, assuming these images are legitimate, that we can say with confidence that the iPhone 6 will be broadly rectangular.