As the smartphone market matures and the devices become both ubiquitous and already packed with everything you might need, device manufacturers are beginning to ask: What do you get the smartphone that has everything? It turns out that the answer might be “more cameras”. 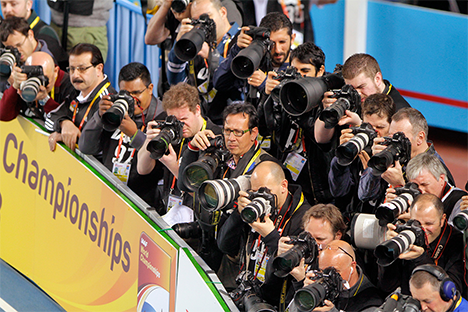 Already this year we’ve seen the launch of the HTC One M8, which unusually sports two rear cameras. This means that when you take a photo your phone will be able to view it in 3D and figure out how far away everything is – enabling cool effects like the blurring of background elements to make the subject of your photo stand out. But it seems they aren’t the only ones.

Rumours are abound that other companies are following their lead. First of, apparently both Huawei and Lenovo are working on phones that have the same sort of dual camera unit inside. The rumours seem pretty credible – as it is the President of Altek, the company that make the camera module, who has been talking about them. For Lenovo too it is particularly interesting – they’re relatively new to the smartphone scene, having snapped up Motorola Mobility (who make the Moto X) from previous owners Google. Presumably they’ll want to make a splash – to stand up to the powerhouse that is Samsung.

Perhaps more interesting are the rumours swirling around about Amazon’s smartphone intentions. Whilst they haven’t announced anything official just yet, it feels pretty much an open secret that they’re working on a phone, given the success of the Kindle Fire and the recent announcement of Fire TV. They’d be silly not to make one.

Amazon are apparently considering adding extra cameras to their phone – but not for photography. Trusted Reviews reports that the company are working on a handset with 4 VGA (so, relatively low-quality) cameras on the front – mounted in each corner of the device – to enable gesture and eye-tracking. Apparently by knowing where you’re looking, this could create a 3D-type effect on a 2D screen – which is a very interesting prospect indeed.

For an example of how this could work, check out this video that was hugely popular a few years ago – in which a then-bedroom coder called Johnny Lee reverse-engineered a Wii remote for eye tracking – and was able to have the images on screen appear 3D as he moved around them. (He’s since got jobs with Microsoft and Google, if you’re wondering).

So could more cameras be the future? Perhaps they’re not just for selfies any more.

One thought on “Amazon, Lenovo and Huawei all thought to be stuffing more cameras into forthcoming phones”