Microsoft’s phones will not be called Microsoft Mobile, but they won’t use the Nokia name for long either, according to a report at PC Pro. 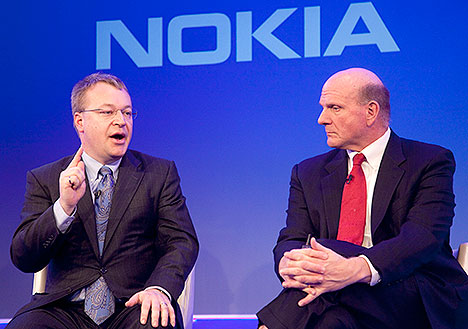 The report says that former Nokia CEO Stephen Elop has revealed that it’s not yet clear what brand name Microsoft’s phones will use, following the company’s purchase of Nokia’s handset division.

During an “ask me anything” session on Nokia’s Conversations website just three days after Microsoft completed its $7 billion takeover of the smartphone company, Elop suggested that Microsoft Mobile was merely a holding name.

“Microsoft Mobile Oy is a legal construct that was created to facilitate the merger,” he said.

“It is not a brand that will be seen by consumers. The Nokia brand is available to Microsoft to use for its mobile phones products for a period of time, but Nokia as a brand will not be used for long, going forward, for smartphones. Work is under way to select the go-forward smartphone brand.”

PC Pro took to Twitter this morning looking for suggestions for a new name for Nokia phones:

To kick off this morning: here's our readers' suggestions for what Microsoft should call Nokia now that it won't be called Nokia…

@pcpro Scrap that, if they don't call it MicroPhone I'll be very disappointed.