According to a post on the NintendoAge Forum, Greg Martin has died. Martin was the artist responsible for many well known videogame covers in the early days of gaming, when a Megadrive (known as the Genesis in the States) was a must-have device under the television of every gamer. 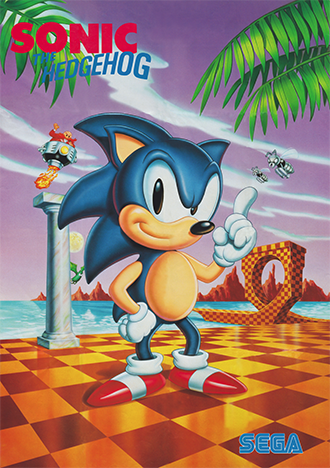 Perhaps the most appropriate way to pay tribute is to read the obituary posted on the forum, which we’ve replicated below – along with a gallery of some of the most well-known cover images that he worked on.

It is with a heavy heart that I announce today the passing of my friend Greg Martin. Greg was the exceptionally talented illustrator that created the packaging artwork for Flintstones 2, Jetsons, Bonk’s Adventure, several Adventure Island games, all of the early Sonic the Hedgehog games, and dozens more classic covers and many promotional (ads, etc) pieces as well. He was an incredible artist and an even better person.

I never met Greg in person but we spoke on the phone many, many times. I must have spent at least 50 hours with him on the phone. Each conversation was special to me as Greg was incredibly friendly and an excellent conversationalist – actually that’s probably selling him short! He had a gift for conversation and for making you comfortable in speaking with him. We shared an appreciation for many illustrators, comic artists, and fine artists and would discuss them pretty much endlessly on the phone. I admired his deep knowledge of artists and illustrators (there was hardly a name you could stump him on) and while we never specifically discussed this I know he respected my knowledge as well. As fan and artist we were able to give each other different perspectives on the work we mutually admired and shared a lot of laughs discussing art and life too.

Greg was the rare person who both worked in and was a fan of the work of others in his industry. I don’t think he ever lost that sense of wonder he had as a teenager for really great artwork, and he was a collector himself of artwork, movies, art books, and other things. He was a huge fan of Frank Frazetta, Gil Elvgren, Hal Foster, and dozens if not hundreds of other artists. In fact the first “big purchases” Greg made when he started to “make it” as a professional illustrator were Frank Frazetta and Hal Foster original artwork through Russ Cochran’s pioneering comic art auctions, and through Frank himself directly. Frank perhaps wasn’t the best caretaker of his own artwork though as he literally folded the piece in half for it to fit in the package to mail to Greg! Greg loved it anyway of course – who wouldn’t have. A couple of Greg’s earliest commercial works, before he quickly found his own voice, were heavily inspired by Frank.

Greg started his career at Hanna Barbera. He worked on projects relating to the Flintstones, Jetsons, Yogi Bear and the rest of the Hanna Barbera line up. It was no surprise then that he illustrated the packaging for the video games related to these properties later on – he already had perfected illustrating these characters. Greg told me it used to come in handy at the bars too – as, in exchange for free drinks, he sometimes had Fred and Wilma doing… things… on the back of cocktail napkins that NEVER made it onto the product illustrations

While he was at Hanna Barbera, one of his colleagues a couple of desks over was Seth MacFarlane of Family Guy fame. Seth typically had a crowd around his desk even then and would have everyone in stitches with his characterizations.

Greg also met Jack Kirby at this time, as Jack did storyboards at Hanna Barbera in the early 80s. This was perhaps the low point of Jack’s career and Greg felt Jack, a legend, was unfairly disrespected by some of the staffers at Hanna Barbera.

After Hanna Barbera, Greg worked for Nintendo and Sega and many other companies. He produced beautiful 24 to 30 inch airbrushed paintings that took nearly a week to complete. Of course the trouble was he was never actually given a week so there were a lot of all nighters to put out 5 days worth of work in 3 days worth of time. He was one of the very best and most prolific artists in this area and the list of well loved game boxes he had a hand in is incredible. He also worked on many other projects including teenage mutant ninja turtles, thundercats, and, early in his career, movie posters. In recent years, Greg had spent a lot of time painting plein air landscapes.

I hope you will all join me in celebrating the wonderful game boxes, below, that he produced with his skill and talent. (I may have missed some). Greg, my friend, we will miss you.