Over in Las Vegas at the Consumer Electronics Show, Google have announced a new partnership, known as the Open Automotive Alliance – aimed at making cars a whole lot more intelligent. 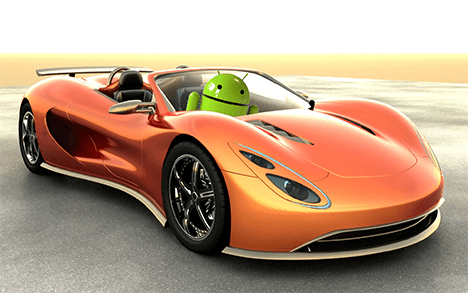 So far Google’s partners include the likes of carmakers General Motors, Honda, Hyundai, Audi – as well as chip-makers Nvidia. The aim is apparently to make a platform that will make cars “safer and more intuitive for everyone” – a laudable aim and one no doubt motivated by Apple’s announcing a similar partnership at the end of last year.

Whilst we don’t have any other details yet, it is rather exciting for those of us wanting smarter cars – a common platform means that apps can be made that will work on a wide-range of cars, so users will be able to stay up with the latest GPS advances more easily, and perhaps crucially, it means the manufacturers will work together on figuring out a common interface for interactions with cars. Whilst Android will underly any developments, there’s the obvious dilemma of how can you safely interact with apps when, umm, you’ve got to keep your eyes on the road?

One likely solution is that they’ll look at a solution involving voice control. Apple’s similar Siri Eyes Free partnership has so far focused on getting a “Siri button” installed on steering wheels that will talk to a connected phone – saving the driver the need to reach across to their phone. It looks like we could be heading towards a battle of two great alliances – as Apple already have BMW, Mercedes, Land Rover, Jaguar, Toyota and Chrysler on board. Interestingly Audi, GM and Honda must be hedging their bets – as they’re part of this too.

So it looks as though it will be an exciting year for connected cars. Whilst before we’ve only seen smart car functionality as proprietary systems, different in every manufacturers – we could be about to reach a “big bang” moment that will change everything – similar to how iPhone and Android exploded the app scene.

We can expect the first cars to take advantage of this new partnership by the end of the year.