So we’ve recently reviewed Nokia’s new Lumia tablet, and over at Shiny Shiny we reviewed the budget Nokia Asha 503 – but where does that leave Nokia’s latest flagship phablet? The Lumia 1520 looks set to be a flagship device for power users. Y’know, the sort of people who read TechDigest? So is it as phab as we’re hoping? 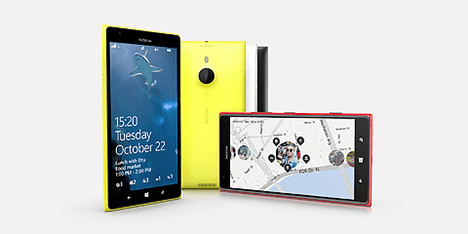 So let’s start with the hardware. The phone has an awesome 6″ display that can display full HD resolution (1920×1280). On first switching it on, you’ll be impressed just how nice it looks – everything is so sharp (pixel density is as good as the iPhone 5S)… and big!

The case too is nice to hold – it fits nicely in your hand. Whilst one-handed operation is going to be near impossible it’s perhaps the perfect size for holding in one hand and jabbing with the other. The widescreen ratio too means that the screen is extended where it is most comfortable – at the tops and the bottom, now on the sides requiring the small-fingered to strain themselves.

The phone also comes in a range of different colours – with yellow being the stand-out colour and the one Nokia have chosen to market the phone internationally with. Apparently in addition to yellow, the UK are also getting the phone in black, white and red.

Inside the device meanwhile is a nippy 2.2ghz Snapdragon 800 processor, which keeps things moving nice and quickly. This is backed by 2GB of RAM and 32GB of on board storage. (It also takes MicroSD cards up to 64GB).

Connectivity-wise the phone has everything you expect: Wifi and Bluetooth to the latest specs, and even NFC.

The camera is a major plus too. It’s a massive 20 megapixels – which though a step down from the 41 megapixel beast found in the normal-sized Nokia 1020 is still pretty spectacular. Apparently the insides of this camera have been re-engineered from the 1020, so it’s essentially the same kit. So results from the camera are very nice indeed – just as you’d hope for from Nokia.

It’s also good for video – apparently the phone has five directional microphones built into it. Whilst it still only records in stereo, this still means there’s going to be better sound thanks to clever noise cancelling algorithms.

Perhaps most intriguingly is the charger. Not only does it support wireless charging – where you just have to lay your phone down on the charger to juice up, but the little charger brick is also wireless… so you can either leave that plugged into the mains or take it with you, and it’ll charge your phone wirelessly from the battery it has built in. Crazy – but expect to see more of this in the future.

Simply put – like I mentioned in the tablet review, Nokia have retained their reputation for building solid hardware. 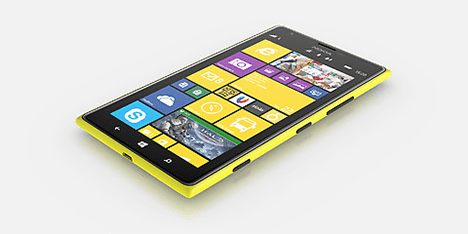 The trouble with Nokia is that they’re a bit like the kid who rather than do the sensible thing and choose to study business studies and maths, they choose to study drama. Whilst drama is the more exciting subject – it’s a bit of a gamble as let’s face it, there isn’t much demand for actors when compared to generally competent adults. And Windows Phone is the A-level Drama of the mobile phone world. Despite iOS and more importantly, Android, being the overwhelmingly dominant forces in the market, a couple of years ago Nokia made the choice to put it’s lot in with Microsoft instead. If only they’d thought about it some more and gone with Android instead (told you that Business Studies A-level would have been useful).

So from the get-go there are severe limitations in terms of what apps are available – whilst Windows has some of the major ones (Facebook, WhatsApp), it doesn’t have all (no YouTube, no Google Maps). Essentially if you have a Windows device, prepare to be low-priority for developers as they work on iOS and Android first.

Though this said – there are some really nice ideas on the software side.

One of the particularly nice things about Windows Phone is the tiles – they look very slick. Not only can you resize them, and get them to display live and relevant information (like the number of unread messages or the news headlines), but you can pick a lead “colour” and have the OS use it to inform colouring decisions throughout. So if you have a yellow case, you can pick yellow as the lead colour and have the phone look both beautiful and consistent.

Similarly, broadly speaking the interface is very slick and nice to use. Unlike the Lumia 2520 tablet, you’re never thrown back into a retro Windows interface, with all of the problems that entails. But like Google Plus – it looks great, but is essentially a ghost town.

There is still some cool stuff though. My favourite is Nokia Beamer – an easy means of sharing what’s on your phone with any other internet enabled device. All you have to do is point the web browser on your computer/smart tv/tablet etc to beam.nokia.com – the scan the QR code on screen with the Lumia, and every time you shake the handset it’ll share what’s on the screen as a static image with the other device. Brilliant for displaying images. Surely Apple and Samsung will be stealing this soon?

The other big boon for Windows Phone is the inclusion of Microsoft Office. Whilst the 1520 doesn’t offer full sized Office like the Lumia tablet does, this is the next best thing. Office on the phone supports viewing and editing Word, Excel and Powerpoint documents and will make them look just like they should do (something not guaranteed in the unofficial apps for iOS and Android) – which might make this phone attractive to business users.

Nokia’s own apps are pretty decent too – HERE Maps is a good alternative to Google and Storyteller is a neat way of sorting through your photos into some sort of coherence – so they don’t just dwell on your phone unviewed. Storyteller will bunch up photos taken in quick success or close proximity into albums – so you’ll automatically have an album of Berlin 2013 or your birthday night out to show off. Photos are also viewable on a map – top stuff. 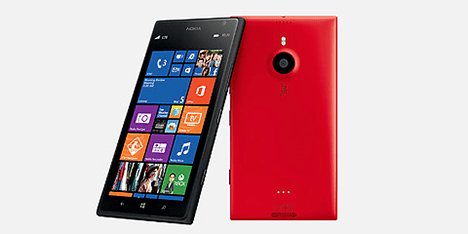 So what’s the verdict? If you were to not switch it on and just look at the hardware, you’d think it’s a winner – great processor, great camera, great build quality and an awesome screen. It feels great to hold.

Unfortunately when you switch it on and discover it runs Windows Phone, the doubts set in. The OS looks great, but as with the Lumia 2520 tablet, the problem isn’t with the device, but is with the ecosystem – and the sheer lack of support. Barring a miracle, it’s unlikely that Windows Phone is going to take off any time soon – iOS and Android are just too dominant, so I’d certainly feel hesitant to be locked into a two year contract not knowing if my phone will be able to run whatever app we’re all crowing about in a year’s time.

If it ran Android or iOS – I’d recommend it in a second. If a Windows Phone is what you really want – then this is the one to buy,

If this phone has done one thing though, it’s blown away my preconceptions about phablets – I was previously sceptical that a screen so large was necessary… but the result of this isn’t “buy this phone”, it’s more a case of if Apple were to make a phablet… then I’d quite like to buy that.