Price as reviewed: £549 (without contract)

It may have a 41 Megapixel sensor. But is this the cameraphone to beat all other cameraphones? And will the fact that it uses the Microsoft platform rather than Android or Apple put people off buying it, especially with such a high price tag. Read on to find out…

A couple of months ago I took a look at the Samsung Galaxy S4 Zoom for Tech Digest. The first cameraphone to feature a 10x optical zoom, it is also arguably the first to come close to matching the performance and functionality of a compact camera, particularly when it comes to framing long distance shots.

However, it’s not without its faults, most notably the fact that it is extremely bulky for a phone and it isn’t easy to switch between camera and phone modes.  It’s also got very limited storage (just 8Gb on board).

Enter the Nokia Lumia 1020. Much, much thinner than the Samsung Galaxy S4 Zoom, it also lays claim to the ‘king of the cameraphone’ title with a lens boasting a whopping 41 Megapixels – over eight times more pixels that is than the 8 Megapixel Apple iPhone 5S and double the number onboard the 20.7 Megapixel Sony Experia Z1.

And while it doesn’t have an optical zoom like the Samsung, what you are able to do is crop the picture and still – in theory – have enough resolution to get a well defined image from a long distance shot. It also has more built-in memory too, 32Gb compared to 8Gb, although this isn’t expandable.

Available in three colours (white,black and yellow), we tested the eye catching, and actually rather attractive, bright yellow model. It’s actually a lovely phone to hold in your hand. Well made and a good size too with a plenty large enough 4.5inch display. Screen resolution is very high too: 1280 x 768 pixels (WXGA). Certainly we found the colours excellent and the display nice and bright.

It’s also very, very slim, much slimmer than the positively obese Samsung Galaxy Zoom. The camera lens hardly protrudes at all from the main body, though you can buy a standalone grip for the phone should you wish to have something sturdy to grip when taking proper professional shots. Costing around £45, these are available from here (http://www.nokia.com/gb-en/accessories/accessory/pd-95g/).

I would love to write that the Windows Phone 8 platform is the future of smartphones and no one, but no one, should worry about getting a Windows phone like this one. Unfortunately I don’t believe that’s true. Like Symbian, the doomed platform used for Nokia’s short lived 41 Megapixel predecessor (the 808 Pure View), I have very big doubts about whether the Microsoft software can survive in the long term.

For a start I don’t think it’s anywhere near as straightforward to use as an Android and Apple device. Rather than a display with a list of sub-pages showing various apps and settings, what you are greeted with is a very graphical display with a bunch of different coloured, different shaped tiles with lots of flashing from various parts of the screen – displaying unnerving mug shots from your Facebook contacts to all and sundry . It all feels like a challenge on the Krypton Factor (kids ask your parents!) rather than a phone I should be able to pick up and use straight away. Swiping to the left brings up the list of available Apps but again this is far from intuitive.

Talking of apps, it’s here where the main issue lies. I’m sure given enough time I could get my head around with the tiled, flashing interface with the different coloured and sized titles. But there is no escaping the fact that the app store for Microsoft – like the video selection for Betamax tapes years ago is a bit rubbish. Sure, some of the big hitters are there like Facebook and Twitter, but you are missing Instagram and Vine and a whole of other apps, including my personal favourite: the Nike+ Running app. There’s no official support for YouTube and Gmail either – including push notifications – so you can’t get your gmails the minute they are sent automatically.

Now if this was a bargain basement smartphone you might excuse this oversight, but the fact is that it’s a very high end phone – one of the most expensive on the market – and that just isn’t acceptable!

Instead Nokia has provided a few of its own apps to make amends, including Here Maps (a GPS-based mapping tool which also lists local businesses and restaurants), Nokia Drive (turn by turn directions for drivers) and Here Transit which shows location of public transport. They’re all half decent but it’s not the same.

Thankfully while the operating system may not be up to scratch at least the camera is. I was a bit sceptical about whether the 41 Megapixel boast was just all hype and it wouldn’t be any better than lower resolution cameras.

But actually the pictures are really very good. Either the cameraphone can be used in fully automatic mode or you can switch it to manual mode with an array of various manual options including shutter speed, ISO, white balance and focus (but not aperture control). Strangely, the camera doesn’t have a specific macro mode for detailed close ups but it’s here that I though the Nokia 1020 excelled. Just take a look at this picture below taken in North London’s Oakhill Park on a crisp Autumn morning. 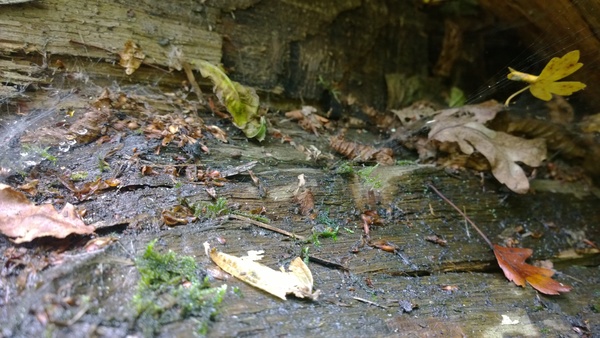 And here’s another one.  Here you can see a high level of detail and focus in the central portion of the frame. Click on picture for full sized image.

And here’s another one showing an unusual Wendy House in the middle of the park. First in automatic mode. Click on picture for full sized image. 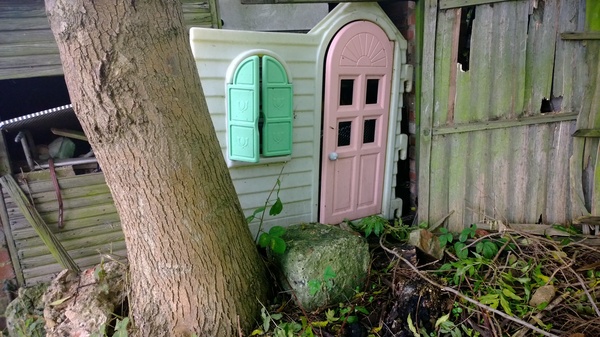 And now in manual mode, deliberately overexposed and with an ‘interesting’ colour balance. Click on picture for full sized image. 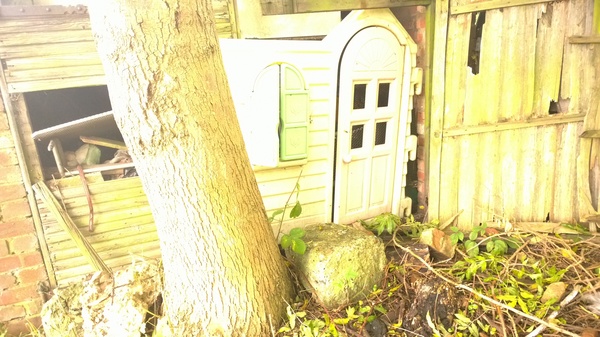 Battery drain
Like most smartphones, it seems, the Nokia Lumia 1020, seems to suffer the curse of rapidly diminishing battery life. It comes with a 1.5GHz dual core processor and 2000 mAh battery which, the manufacturer claims, should give up to 13.3 hours of talk time. I don’t know where companies get these figures from, but I found the Nokia Lumia 1020 nearly as bad as my iPhone 4S and that’s saying something.
Maybe it’s that busy tiled interface showing images of my Facebook friends that’s draining the battery? I don’t know but I know that you are lucky to get more than 12 hours of use from the phone and that’s with only making a few calls during the day. Finally another gripe is that I didn’t find call quality particularly great. It wasn’t so much the strength of the signal which was the problem – more to do with the positioning of the speaker which I found made it diffcult to hear calls if you just moved your head to the side slightly. Not great.
Camera supplied to Tech Digest by Mobiles.co.uk

There is no doubt that the Nokia Lumia 1020 is a good phone, especially for those interested in photography. It is well made, looks great and has an excellent camera. However, there is simply no getting around the fact that it’s a Microsoft phone and with that comes a whole bunch of problems, including an app store that simply isn’t well enough populated. Call quality and battery life are also poorer than I was expecting.