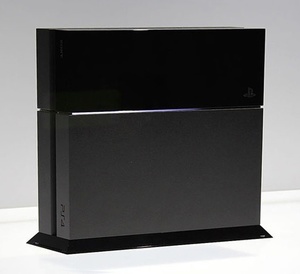 Gamers keen to be among the first to take home a PlayStation 4 can buy one at an official launch event, featuring a performance from Tinie Tempah.

PlayStation and GAME have announced that a supply of PlayStation4 consoles will be available to buy at the midnight launch event being held at the PS4 Lounge #4ThePlayers in London’s Covent Garden on Thursday 28th November.

Launch day pre-orders for the PS4 have been sold out since August but the The PS4s available at the PS4 Lounge will be available on a first come, first served basis for those who haven’t yet pre-ordered.

Queuing for the launch event will start from Thursday morning and those in attendance at the event will also be treated to an exclusive performance by Tinie Tempah.

“Day one PS4 pre-orders sold out in record time and this could be the last chance for anyone who wants to get their hands on a console before Christmas”, said Fergal Gara, MD and VP, Sony Computer Entertainment UK & Ireland. “

Gamers keen to walk away with one of the limited number of consoles available on Thursday can queue outside the PS4 Lounge, located at 17 Bedford Street, Covent Garden, and will be kept well fed and watered by event partners Domino’s and Red Bull.

The PS4 launches across the UK on 29th November, priced at £349, with over 400 stores hosting special midnight openings on 28th November.