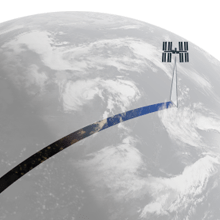 An intriguing new service moved a step closer this morning, as UrtheCast successfully sent their cameras into space on board a Russian Soyuz rocket – in preparation for offering near real time HD video of Earth from the International Space Station.

As reported by ex-TechDigester Duncan Geere, the plan is pretty cool: a couple of 4K HD cameras are going to be mounted on the ISS and pointed back at the earth – and then the live video feed will be made available to UrtheCast members. This is potentially a quantum leap ahead of the likes of Google Earth, whose static satellite imagery is only updated every few months or years. 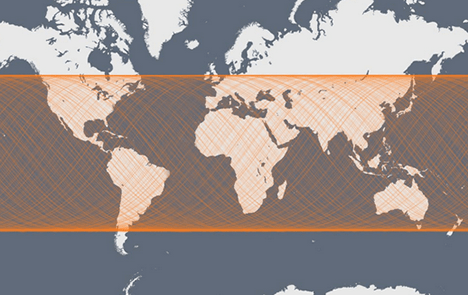 There are limits on the new service though – it won’t have full coverage like Google Maps, but will instead be dependant on the travel of the ISS – which moves in a wave-like formation around the centre of the earth, oscillating between 51 and -51 degrees of latitude (sorry, Scotland – but most of England and Wales should be covered).

Still – live HD video from space? It should be very impressive when it launches publicly some time next year. And UrtheCast have some interesting plans for members: for example, you’ll be able to bookmark certain locations, so every time the ISS passes over you’ll be able to log on and compare the changes. Similarly there will be community functions so you and other users will be able to commentate on the changing landscape.

And perhaps most excitingly, there will also be an API for software developers – so don’t be surprised if real-time ISS imagery starts creeping into other apps and services too. The possibilities are, umm, out of this world.