It’s not controversial to admit that DAB radio is rubbish, is it? The standard we use for digital radio – the thing that is being pushed upon us is… well… terrible. The bandwidth on each station is poor (some people claim worse than FM), and it’s not like you can get too many new stations… right? But I can explain – it’s not the fault of DAB… and there’s nothing we can really do to stop it being terrible.

Many of the reasons the world is like it is today is because things have been so-called ‘grandfathered’ in. In other words – something has worked the way it does for so long, changing it would be too difficult or controversial – even if we’re currently not working with the optimal solution.

One such example of this is cars – in Britain we drive on the left, at odds with the the rest of Europe and much of the rest of the world. It would definitely make sense for us to switch to driving on the right – so we could roll off the ferry at Calais and immediately understand ‘how’ to drive, and so manufacturers could make only one set of cars. But this change is never going to happen – the amount of effort we’d have to go to would be huge. All of the road signs would have to change, all of the road markings, traffic lights, bus stops – not to mention we’d need to replace every single bus on British roads. Driving on the left was grandfathered in, and it’d be too much of a headache to change it now.

The London Underground is another good example. If you were designing an underground metro system from scratch, there’s no way you’d build it like London – with sprawling, weirdly connected stations, and lines that frustratingly follow London’s irregular street layout. Of course – the reason that it’s like this is because of the history – it was originally a collection of lines operated by rival train companies who were worried about getting sued if they dug under someone’s house. By being first, though London paved the way – it meant that other cities could learn from London’s silly mistakes and plan their systems better. And for London… well, shutting down the tube system and starting again would be impossible given that millions of people rely on what we do have every day.

Grandfathering can be seen in many of the products we use. If Aspirin were invented/discovered today, it probably wouldn’t be approved for usage – but stop the shops selling it now and there’d be uproar. And if explorers in an uncharted forest in Papua New Guinea suddenly stumbled upon a previously unknown “tobacco” leaf, then it’s hard to imagine any government approving it for sale, given what we know about lung cancer. 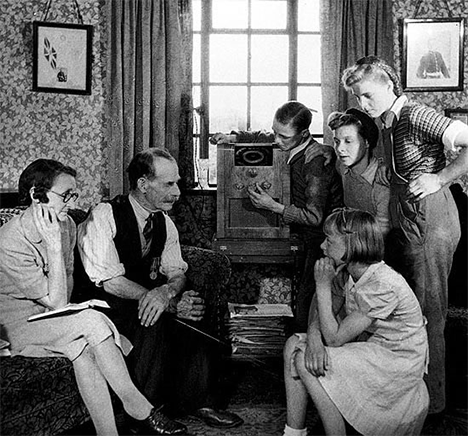 DAB radio has the same problem. DAB is the agreed industry standard for digital radios – a standard that exists so the people who make radio can make radio that will be received by everyone with a digital radio. Just like how you know you a JPEG will open in your photo viewing software, even if your camera was made by a different manufacturer.

The problem with DAB is that by modern standards, it’s really quite rubbish. It was invented in the early 1980s as a means of compressing audio. It was pretty great at the time – better than many alternatives… though when the 90s and 2000s rolled around, we’d got even better at compressing audio. If instead of digital radio choosing DAB, the industry had chosen a more modern standard (like, say MP3), we’d be able to fit more radio stations into the same amount of available bandwidth – or have the existing stations at greater quality.

The trouble now is that even though even if we did want to switch to something better, immediately all the existing DAB radios would be redundant – and consumers would be angry. So big transitions have to be planned carefully. In a few years time when the industry tries to get us all to switch to 4K TVs, there’s inevitably going to be some people lamenting the fact that we’ve only just switched to HD.

In the case of DAB, this has in fact already been done – some countries, such as Australia now use DAB+ instead of DAB, which is a better codec – and the reason they’ve been able to adopt it is because they never got around to sorting out DAB. Being an early adopter isn’t always best.

So can anything be done to solve this grandfathering problem? Not really. If we assume technology gets slightly better every few years, then if you’re making a huge decision – such as what format to have all of the radio broadcasts in – at some point you need to stop and say “Fine, we’ll use this one” – even though it’s redundancy is inevitable.

I wonder though if the internet could help mitigate this? As devices become more connected, no longer are gadget owners stuck with the tech they bought – updates can be downloaded. When the Xbox 360 was launched it’s creators probably didn’t envisage it’s “metro” interface or use as an entertainment centre (Netflix was a postal service back then) – but regular updates kept the console updated and relevant for eight years… and only now does it really need replacing with something faster.

So I’m calling this the other Grandfather paradox – we know that technology is going to become redundant, but we’re forced by the nature of how technology progresses to use out-of-date technology anyway. How bizarre.