Age of Empires II, originally released in 1999 has already cemented its place in gaming history. The classic PC real time strategy game has today seen the release of an expansion pack, adding new features and new civilisations to the game – a staggering fourteen years after the original release. It’s like if Winston Churchill was to rise from the grave whilst twerking.

The expansion is built for Age of Empires II HD, which was released on Steam earlier this year. The HD re-release didn’t add anything new, but scaled up the textures and resolution for modern computers, so it’d look as good as it did in your hazy memories.

“The Forgotten” adds five new civilisations and four new campaign modes, and most excitingly, two new game modes and the ability to have even larger maps (“LudaKRIS sized”, the developers say). There’s even built in support for the inexplicably popular Twitch streaming. 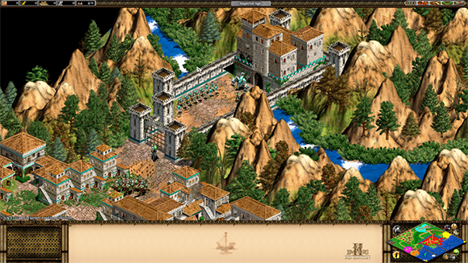 The two new game modes look like they could add some nice variety. “Treaty” mode limits the amount of military action allowed at the start of the game, so players can focus on building up their resources and their economy. Great if you’re sick of being rushed right at the start and being wiped out before you’ve properly got going.

The other is “Capture the Relic“, in which you must send in your monks to capture relics from rival monasteries. I guess this means that rather than build a huge army to invade, you’ll want to send in a smaller squad – a medieval Seal Team Six – to try and capture the prizes. 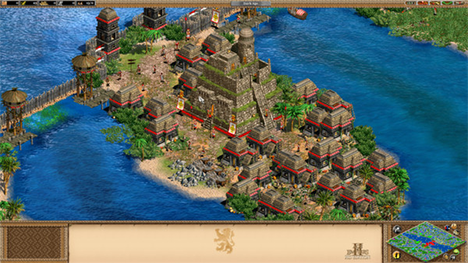 Here’s how the new civilisations are described:

Italians – Set sail to Venice and take the role as general in one of the Italian republics that emerged from the chaos after the collapse of the Roman Empire!

Slavs – Even after the dissolution of the Mongolian Golden Horde, these icy planes of Eastern Europe still echo under the thundering hooves and countless boots of your soldiers.

Incas – Lead your armies along the shores of Lake Titicaca, defend your wealth and heritage from the invading Conquistadors and erect mighty structures to withstand the test of time.

And here’s the four new campaigns – with descriptions straight from the horses/camels mouths:

Alaric – The trauma of the Hun invasion in the 4th century has shaped Alaric, the fearsome warrior king of the Goths. But can the beloved king secure a new homeland for his people in the territory of the collapsing Roman Empire?

Sforza – Always hungry for glory and wealth, Sforza wanders around 15th century Italy, offering his services to the highest bidder. Will he pick the right battles or make the wrong enemy? Take the fate of the young mercenary captain in your hands.

Bari – 400 years after the collapse of the Roman Empire, Italy is still up for grabs. Relive the tale of the port city Bari from the point of view of a Byzantine family, rising from the common soldiery to the nobility. Beware, for not only Bari is at stake, but also control of Southern Italy.

Dracula – History forged an incredible legend around the man who ruled Wallachia in the mid-14th century. Holding his ground against the vast armies of the expanding Ottoman Empire, his cruel tactics made him the most feared man in all of Eastern Europe. Shall his thirst for blood and the loyalty of his soldiers hold the Turks back for good?

The expansion is available right now on Steam – for only £6.99.