Yesterday’s Apple event was interesting for a number of reasons – and not just because they unveiled the iPad Air and new iPad Mini. It seems they’ve decided to use all of those spare billions in the bank to take on Microsoft in a big way. 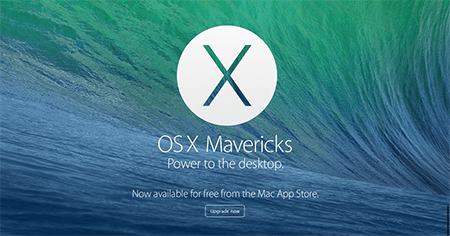 Apple CEO Tim Cook’s presentation was littered with digs at MS throughout – at the start slagging off the hybrid laptop/tablet Surface (though never mentioning it by name), and later referring to people who are “stuck on PCs”. This was only the rhetoric though – the announcements were the substance.

In the eternal fight between the two software giants, however shiny Apple’s latest device was, Microsoft have always had something they can rely on: Boring old Windows and Boring Old Microsoft Office. These are Microsoft’s cash cows – and Tim Cook seems to have a beef with them.

These cash cows are important to Microsoft because they’re reliable. No matter how badly they misjudge, say, the Xbox One or the tablet market, it’s not game over as there’s always going to be a reliable income stream from PC manufacturers wanting to run Windows (essentially the only game in town if you’re not using Apple hardware). Similarly, there will always be a queue of besuited business drones ready and waiting to buy the latest upgrade to Microsoft Office. And there’s no danger of these revenue streams going away… right? Umm…

Last night Apple announced that their new operating system, Maverick, as well as their Office-equivalent iLife apps are going to be completely free. By comparison, Windows 8 will currently set you back around £70, and Microsoft Office starts from around £100.

There’s a number of benefits of doing this for Apple. One thing Apple have learned is a huge benefit in mobile is preventing OS fragmentation – with users all running a large number of different (older) versions. On mobile, because upgrading to iOS7 is so easy they’ve managed to convert 64% of iOS users in only a few weeks (compare to mobile rival Android – how many are running the latest version? How many are still running the really old version?).

This is useful because not only does it make development easier, but also means users will have a more consistent experience between devices (and conveniently, Maverick users will all have the Mac app store front and centre to download and buy software). By releasing a free Mac OS update they could do the same thing for laptops and desktops – now existing Mac users have no real reason not to update.

By comparison, Windows is a bit of a mess – with a large proportion of users still running Windows 7, Windows XP or – god help them – Windows Vista.

Esoteric technical considerations aside though – it also sets down a massive challenge to Microsoft to match what they’re doing. Are Dell and other manufacturers going to be happy paying big money for Windows when the rival operating system is free? Will Microsoft take the bait and cut off one of their biggest revenue streams?

Similarly, on the Office front business users will now be able to look at a cheaper alternative – with free cloud support too for document collaboration and the like. That’s got to make switching seem pretty tempting – even if MS Office is fairly grandfathered into business processes by this point.

So what will it mean if Apple can put a dent into Microsoft’s revenues? Well – they won’t be able to do as much and will be able to compete less effectively. It’s going after the opposing army’s supply lines.

Don’t get me wrong – Microsoft aren’t going anywhere any time soon, but this is going to reshape the dynamics of the battlefield. Things just got interesting on desktops again.