Last night Apple did the tried and tested thing of announcing their new products in a packed theatre, in a quasi-religious ceremony in which they talk about “values” and show “inspirational” videos of their products improving lives. There was a very real chance that the ghost of Steve Jobs would be summoned up on the OuijaPad.

But is it worth getting excited? We saw the iPad Air and the iPad Mini 2 shown off for the first time… which is quite exciting… right? 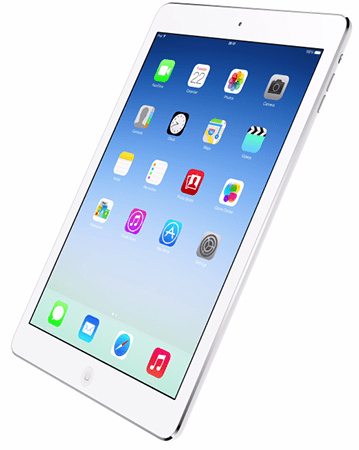 The Case For Yes

Yes! Absolutely it is! Our prayers have been answered and the gods in Cupertino have sent down two tablets from heaven.

What’s not to be excited about? The Air is packing the lightning fast A7 chip and is twice as fast as the iPad preceding it – with a graphical power that is 72 times better than the original iPad. In so little time… that’s stunning in such a short time, right?

They’ve also managed to add in multiple-in-multiple-out wifi and a 5MP camera… and yet make it thinner than ever before. That’s pretty impressive – making it both smaller and better.

The iPad Mini update was welcome too. They’ve added a high resolution retina display and specs on a par with the larger sibling. And they’ve even said that they’re going to keep making the iPad 2 and original iPad Mini but charge a lower price – making iPads more accessible than ever.

The Case For No

When the original iPad was released it was an absolute game-changer. Whilst there had been attempts at making a tablet before, no one had quite managed to do so in such a neatly packaged way. A few generations later though and aren’t the upgrades just a bit… tepid? Yes it’s a bit faster than before but… isn’t everything? Why should this be blowing our minds?

The really interesting stuff isn’t actually hardware anymore, but is all in the software. For all of the horrible, horrible graphics iOS7 was certainly a big change – and brought with it a number of big new features. And we were able to install it on our old devices.

I wonder if we’re reaching a point where the hardware is “good enough”? I’ve got an iPad 3 – which seems ancient now – but I don’t feel compelled to upgrade because I know I can run the same apps that Air buyers can. This won’t last forever, but the compulsion to buy the new thing, which looks nearly identical to my current thing, isn’t quite as great as when I didn’t own a tablet at all.

I mean – nothing was truly breathtaking. Remember when you first used an iPad and could barely comprehend how beautiful and yet functional a computing device could be? I think the reaction to the Air is likely to be more of the order of “Oh, that’s nice”.

And besides, isn’t “space grey” just another way of saying “grey”?

And what a silly name.

Top marks for effort, definitely. It’s good to see Apple continuously improve their products – but for even the most die-hard Apple loyalist, it must surely be distracting to see all of those other devices out there momentarily catching their attention. What about those Samsung phones with the non-touch gesture technology? Or Androids that can take a front-facing and rear-facing photo simultaneously? Those would certainly be nice to have on an iPad…

Imagine if Manchester United played a game against your local pub team. If United won, their fans would cheer – but if the pub team one, then you can guarantee all of their supporters would lose their minds with excitement.

So get excited if you want to – but don’t hate me if I think a Manchester United victory wasn’t exactly surprising.