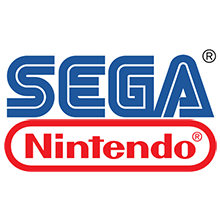 Retro-rivals Sega and Nintendo have coincidentally made announcements on the future of their plans for HD remakes. Sega want fans to tell them what to do, whilst Nintendo are more interested in making new games.

Keen-eyed gamers may have spotted a number of Sega classics being released on the Xbox Live Arcade and Playstation Online services – and not only just replicating the games, as with the Wii Virtual Console – but enhancing them with snazzy HD graphics and the like.

Speaking to the Japanese gaming magazine Famitsu and translated by the retro website Silicon Era, Sega’s Yosuke Okunari spoke about the existing remakes and the plans for the future.

“For Sonic from the Sega Genesis [aka the MegaDrive], not only did we make it into 3D, but we also added the Spin Dash, which I believe made it easier to play. For 3D Galaxy Force II, the 3D added more depth to the screen, making it less common to get lost on the route. The things staff members wanted to express in the past but couldn’t, are now possible with today’s technology. And we’d like to share that joy. For our next lineup, it will depend on all of your voices, so please continue to support us.”

What’s interesting is the last line – that future remakes depends on what the fans want. So if you want to see a HD remake of Shenmue, now’s the time to start shouting!

Meanwhile their erstwhile rivals Nintendo have been taking a different approach to remakes. Nintendo’s legendary game designer, Shigeru Miyamoto was speaking to panel when he said about more remakes:

“That’s certainly possible, but most of our developers are working on new games. […] We like to have [our developers] working on new stuff. HD remakes might be a good project for development partners, so that’s something I hope we can introduce in the future.”

What’s interesting here is that this comes off the back of the recent successful launch of Wind Waker HD, the Gamecube remake that has breathed life into the ailing WiiU console. Miyamoto seems to suggest that Nintendo’s internal development team will be focusing on new stuff – but we could see other developers, like perhaps Metroid Prime developers Retro Studios take the lead in remaking other classic games.

What’s interesting about both of these statements is that it shows differing strategies: Perhaps Nintendo are trying to lose their reliance of remakes and come up with some fresh, new games to keep things sustainable -whereas Sega are happy to retreat to old classics, which goodwill from fans will mean they’ll be an easy source of income.