The UK electronics retailer Maplin has just started selling the Leap Motion, a new motion control gadget that could – and I emphasise “could” change the way we interact with our computers. 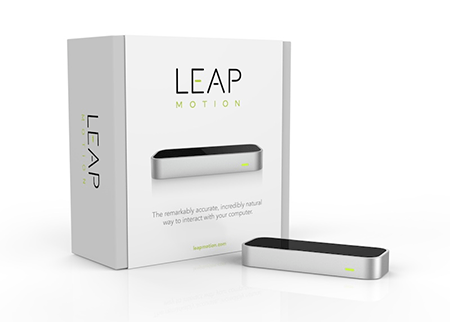 It’s a clever idea – taking it’s cues from the likes of the Microsoft Kinect, £69.99 will get you a small dongle-like device, that sits beneath your keyboard/touchpad. Inside is a camera that will track your hand movements and gestures.

In theory it’s pretty clever – it seems to be able to detect individual fingers, for individual gestures.

When you first get things setup, you’re forced through a mandatory tutorial, which walks you through how the Leap detects hands – basically a warning not to go too far away from it, as it will stop recognising you.

To make it actually do stuff, it’s all powered by the Leap Motion app, Airspace. You can download more apps into Airspace to do lots of interesting things. There’s some pretty tech demos – like Kyoto, in which you wave your hands to interact with flowers, to some theoretically more functional apps like Touchless, which aim to put mouse control in the hands of… well, your hand.

There’s also a number of different games (including an attempt at a first person shooter) and a number of photo viewer apps that can link up to various online services (such as Facebook and Flickr), and enable you to scroll through by waving your hands.

Now here’s the thing… whilst this all sounds great… it’s a bit… rubbish. Whereas the Kinect, by virtue of being mounted on top of your TV will have a pretty good idea about what’s going on in the whole room, the Leap is much more limited. If you slip outside of the invisible boundaries, it can go haywire.

It also seems to get confused if there are two hands present.

And it seems to struggle with some basic tracking. The Touchless mouse app requires you to move your hand in two planes – side to side and up and down to move the mouse about, and in and out to click on things. Trouble is if you move your hand too fast, it loses you, so you have to move it in a deathly slow way to achieve any degree of accuracy. Worse still if you enable “advanced” control mode, you should be able to right click and scroll by pointing two fingers instead of one… but the Leap couldn’t seem to figure out how many fingers I have. 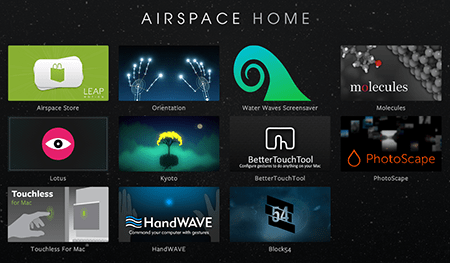 The Handwave app is interesting in theory too – that allows you to custom programme different reactions on your computer to different hand gestures. Great in theory – I’d love to be able to pause videos playing on my media computer with a wave of the hand. In practice though, the Leap seemed to struggle recognising the fairly obvious fist gesture I was making.

Playing “Block 54” was a similarly frustrating experience. It’s essentially the game Jenga, and to play you have to use your hand to rotate around the 3D block tower, and then pick out blocks. Unfortunately getting the precision to play effectively isn’t really possible. Whilst having a steady hand is supposed to be part of the game, the fact that the Leap couldn’t figure out what my fingers were doing half the time just made it an annoying experience.

So it pains me to say – because I like the concept – that the Leap really needs some more work. Presumably a lot of it can be fixed in software – if the developers can just write better code to better recognise limbs and so on. Which makes me think Leap 2.0, if they can get it right, could be a good product.

Until then, it has the potential to be a good toy. If you’re a developer, no doubt there’s lots of different experiments you could try with it but for the time being, if you’re a consumer looking for some fun activities and a new way of controlling your computer, it might be worth waiting for a Leap Motion 2.0.

I also can’t help but wonder if the technology is not being used in the best way here – wavy arm motions aren’t the best way to interact with a computer, especially when you have the precision of a mouse or touchpad. Though this said, I can imagine the tech behind it would work better mounted into the top of a screen on a laptop, for more subtle gestures. Rather than tracking the movements of the hands, why not track head movements, and allow me to skip through photos with a shake of the head?