Graphics chip makers Nvidia have a treat for PC gamers this winter – they’ve announced that they’ll be bundling some of this year’s most sought-after games with their latest hardware. 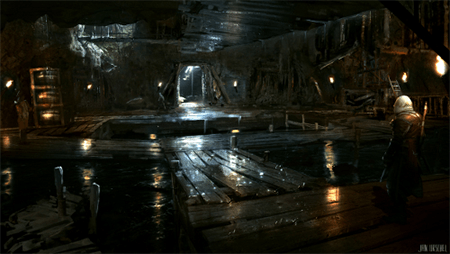 From October 28th, people who buy the GeForce GTX 660 or GTX 760 will also get a free copy of both Assassin’s Creed IV: Black Flag, and Splinter Cell Blacklist. If instead you go for the GTX 770, GTX 780 or GTX TITAN, they’ll also throw in Batman: Arkham Origins.

Which is jolly nice of them.

The reason they’re doing it is because apparently it’s Nvidia technology that enables games to be played “the way they’re meant to be played”. Here’s some examples they cite:

I don’t know about you, but I’m not sure I could live in a world without percentage-closer soft shadows, whatever they are. But all sarcasm aside – it’s rather nice to see the often overlooked PC gamer get some free games after splashing out about a grand building a games machine, rather than just spending £200 on an Xbox.