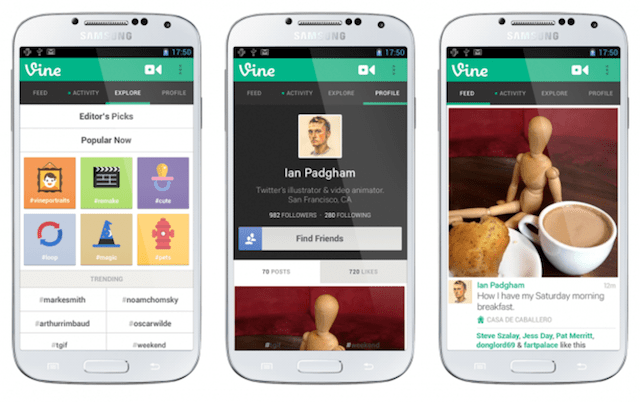 Vine, the six-second clip video sharing service from the same brains as those behind Twitter, is now available on Android devices.

However, with Vine’s Android development a little behind the iPhone version, a few recently added features are missing from this release, including the ability to use front facing cameras, use hashtags and share to Facebook. The developers however have promised to add these features in the coming weeks, and aim to eventually have all versions of the app receive new features simultaneously.

Grab the app for free from the Google Play store here.