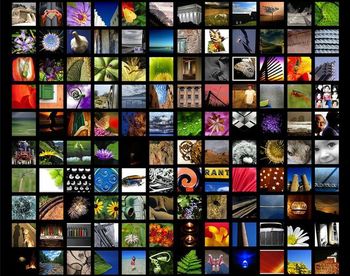 Remember when you printed out photos to bore your friends and family with at leisure? Well it seems those days are virtually over.

One in five of us now take photos purely to share via social media and many of us do so within 60 seconds of taking the original image.

Research from Samsung for the launch of its wi-fi enabled NX300 camera reveals that Brits take on average 1.86 billion photos a month, with more than half of those surveyed (52%) stating they share their shots online within a week.

And it’s not just the volume of shots that they are taking that’s staggering. It’s the speed at which they share them. Every 60 seconds in Britain 749 photos are shot and shared immediately. That means 1.1 million photos a day (1,079,046) are ‘gone in 60 seconds’.

Nor does the shooting and sharing photos in the UK show any signs of slowing down – 7% of under 35 year olds now share their shots online within 25 seconds according to the Samsung survey. However, Britain is surpassed by the likes of Spain and Italy when it comes to the speed of shooting and sharing. Research reveals that 1 in 4 Spaniards shoot and share their photos within a minute.

“People are taking more photos than ever before and with more than 91% of adults regularly using social networks, they naturally want to be able to share their pictures instantly with their friends and family. The Samsung NX300 camera was designed with this in mind – thanks to its Wi-Fi connectivity, it’s possible for people to capture fleeting moments in stunning quality and then share them instantaneously.”

Interestingly though one in three of us (34%) do not download and share any photos online, meaning at least 631 million memories a month are kept as private records or lost forever. Across Europe, Germany has the highest attrition rate of digital memories with at least 949 million ‘lost’ photos.

The research ws conducted by OnePoll on a sample of 3,000 people (500 in the UK) on behalf of Samsung Electronics Co., Ltd