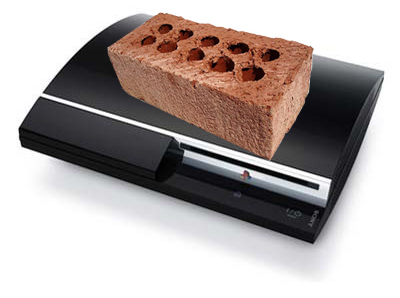 Reports are coming in that the latest software update for Sony’s PlayStation 3 (4.45) is causing some user’s consoles to stop working.

The update (which was intended to allow gamers to disable trophy notifications in-game) has caused the console for some to never hit the XMB screen after the PS3 boot logo appears. Even unplugging the console from the mains and resetting the system that way results in the same issue. Those that have tried reformatting the console have reported that their machines won’t turn on at all after that effort to rectify the matter.

Sony has since pulled the patch to investigate the issue, stating:

“We are aware of reports that the recent PlayStation 3 system software update (version 4.45) has caused the XMB to not display on a small number of PS3 systems.

“We have temporarily taken 4.45 offline and are investigating the cause of the problem. We will announce when the system update is available for download as soon as possible. We apologise for the inconvenience.”

However, it’s too late for early-birds who have already downloaded the patch, and PlayStation Plus users who saw the update download automatically.

It’s unfortunate timing for Sony, who have just gained the confidence of the majority of next-gen console hunters following their gaming-focussed unveiling of the PlayStation 4.

Have you been affected by the patch problems? Have you contacted Sony, and what was their response? Let us know in the comments section below!