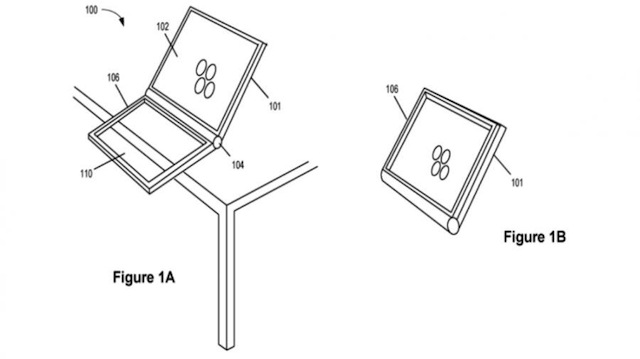 Apple’s MacBook Pro range has already had a fairly recent overhaul with the introduction of the Retina Display equipped models, but a new patent unearthed by Patently Apple suggests an even more radical design evolution may be on the cards.

The patent shows a MacBook computer housing not one, but two touchscreens, described as a “dual-sided trackpad”.

Capable of sensing touch from both sides, the panel could potentially be transparent, allowing you to use the laptop even when the trackpad was folded over the screen.

“The track pad device may include a display element and the capacitive array element may be translucent,” states the patent. Presumably the panel would display a touch keyboard when set up like a standard laptop.

Essentially merging the iPad and MacBook lines, it’s definitely an interesting concept, even if it is one likely quite a way off from ever being produced. With laptop sales declining as tablets rise in popularity, this seems an intuitive way to provide the power of a laptop alongside the flexibility of a tablet.