We’ve had bikes, we’ve had tag-team karts, we’ve even had hangliders. Inevitably, for Wii U’s Mario Kart 8 the only way is up.

And under. And over. And around. Mario Kart’s manic racing action just got even crazier, as this latest entry into the series adds zero-gravity vehicles into the mix. 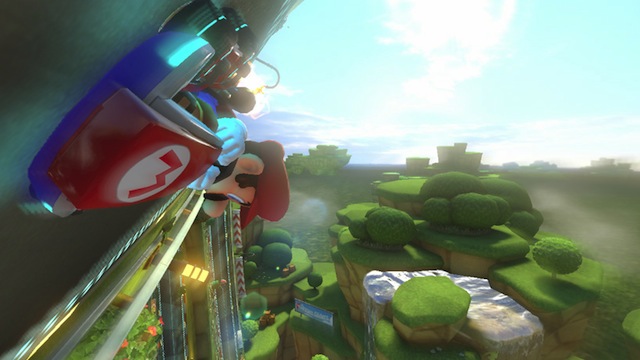 As well as hurtling around tarmac and dirt tracks, Mario Kart 8 introduces magnetically charged sections to some circuits, allowing the portly plumber to steer upside down and around the edges of vertically curving turns. Running in HD at 60fps, it’s a visual spectacle unlike any Mario Kart game before it, forcing you to consider each track from multiple perspectives.

It does, however, play very much like the Mario Kart we all know and love. From powersliding to hopping, firing red shells to slipstreaming, pick up the controller and you’ll feel right at home. Both standard button input and motion controls are available, with the Wii U gamepad surprisingly comfortable as a steering wheel alternative. 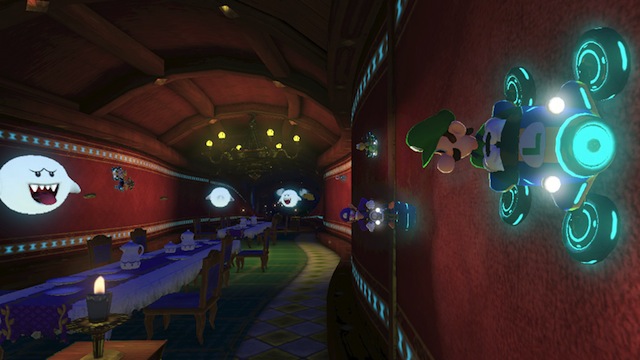 As well as Mario Kart 7’s hang gliders and underwater vehicles returning, so too do coins littered around tracks. An on-off feature of the series since its conception, collecting them improves your handling and acceleration, while falling foul to a trap or crash causes you to lose them.

Three tracks were on offer during the demo I played: one familiar and simple Mario circuit, a seaside city race that had dozens of routes on offer and overlapping track sections, and a Luigi’s Mansion-themed track. it’s the latter of the three where Mario Kart 8’s true potential shone through. 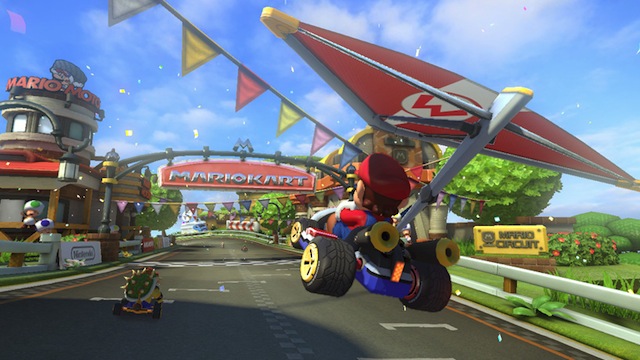 The Luigi’s Mansion track not only looked the best, with moody lighting and fearful monsters, but was also the most insane of all three tracks. Avoiding environmental elements and monster attacks, it pulled together the zero-g elements, underwater sections and hangliding areas, each within moments of each other. It was gloriously disorientating, recalling the best tracks of the F-Zero series, and I hope the majority of Mario Kart 8’s tracks follow in this vein.

While the copious amounts of branching paths to take on each track promise reams of secret routes to uncover and plenty of replayability, I was fearful however that it might disrupt the general flow of each race. With so many routes to choose from, I found significant stretches of some laps where I didn’t encounter another racer, and with the excitement in Mario Kart coming from jostling for position with other players as well as racing towards the chequered flag, it could lead to some uncharacteristically solitary races. 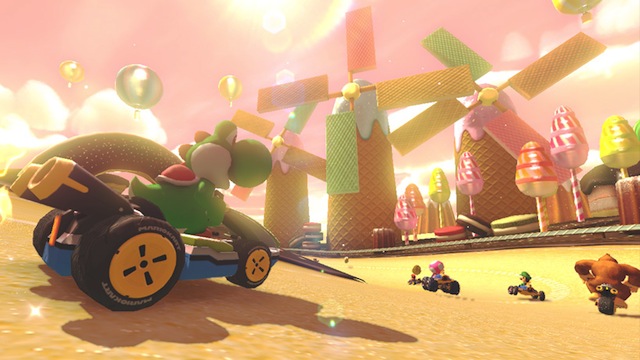 We’re tentatively looking forward to Mario Kart 8. The new additions are exciting, and visually stunning, and if the track design can encourage cheeky competitive play it could all come together beautifully.

The Mario Kart 8 release date is yet to be confirmed beyond a “Spring 2014” launch window. We’ll bring you more news on the game as it lands, and will have a full review closer to release.