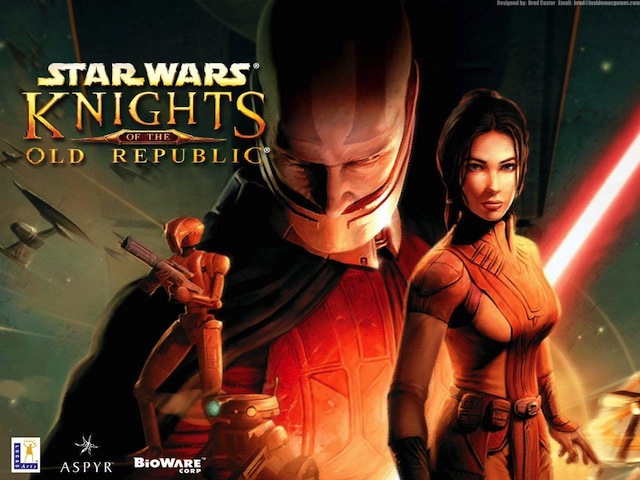 In a somewhat surprising move, Star Wars: Knights of the Old Republic, first released in 2003, is set to swoop down onto Apple’s iPad.

One of the greatest role-playing games ever made, and certainly the best Star Wars title, it was developed by a pre-Mass Effect Bioware churning out some of the best games of their careers.

Set many thousands of years before the events of George Lucas’s films, it charts the rise of an evil Sith lord, with a superb twist-heavy story and the chance to shape your character any which way you choose.

IGN have been given early access to the app (which has yet to appear on the UK iTunes store), praising just how well the game stands up today. The site also praises the port’s tap-to-target combat (with the turn-based pause system well suited to mobile play), but admitted to struggling at times with the drag-to-walk movement controls.

If you’ve never played the game before, definitely give it a go on iPad, as it’s a bone-fide classic, even with the slightly dodgy movement according to IGN.

No word on UK pricing or release yet, but it seems only a matter of days, if not hours away.