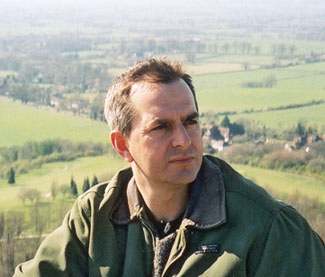 Devon-based Tim was formerly a legal executive and adviser to the BBC’s Eastenders. Since then he has dovetailed his career between advertising copywriting, freelance journalism, screenwriting and novels. He always wanted to publish a book, however learnt firsthand how competitive the industry is having been dropped by his publisher at the final stage. He therefore turned to Kindle Direct Publishing to self publish and has seen great success with his two novels ‘Defending Elton‘ and ‘Kiss and Tell‘.

What originally drew you towards the self-publishing route?

It was the frustration of waiting, seemingly forever, for replies from publishers via my agent. After a while I decided to publish both books direct via Amazon’s Kindle Direct Publishing [for ebooks] and Createspace [for paperbacks].

Had you any experience with major print publishers before finding success through Kindle?

Not directly. My experiences had all been with literary agents, who were approaching publishers on my behalf. I was fortunate to be taken on by two of London’s top agents, who both thought they could secure me a deal. Unfortunately though, it didn’t look like it was going to happen. What made it particularly tricky was that the credit crunch and financial crash had not long hit and in my agent’s words ‘it left publishers jittery’. Advances were being savagely cut or even totally withdrawn and this hit new authors more than most.

What do you consider the main benefit of Kindle Direct Publishing?

It gives you an opportunity to get your work ‘out there’ and to find an audience. I had two literary agents telling me my writing was worthy of publication and that I had excellent market potential. The trouble was the publishers weren’t prepared to take a risk. Like many other authors I’m sure Kindle Direct Publishing was the next logical step.

Are there any limitations to Kindle Direct Publishing?

Well I guess there’s the exclusivity issue, but when you weigh it all up many including myself think Kindle Direct Publishing is the right way forward. Other than that it’s one of those services where you tend to reap what you sow. The more effort you put in yourself the more you are likely to get out of it.

What challenges face those looking to self-publish their first eBook?

Very similar to those faced by authors who have been invited down the traditional publishing route – edit, edit, edit! The difference of course is that you have to either do that editing yourself or invest in a professional to help, which I strongly recommend. I guess many of the challenges stem from the fact that you don’t have a publisher helping you with editing, redrafts, cover designs etc. You have to take that on yourself, so that in a way you are taking the risks when they are not prepared to.

Can a successful author make a living solely through Kindle self-publishing?

Clearly some authors do. eBook sales are increasing all the time so the opportunity is there.

Is your eBook also in print? If so, how did the process of getting the book in print compare to your experiences with Kindle self publishing?

Both ‘Defending Elton’ and ‘Kiss and Tell’ are also available in paperback. The basics are the same, for example, make sure your work is as good as it can be before you publish. The only real difference is in formatting etc, but the Create Space site is really helpful and should guide you through. Having a good cover also helps, as poor covers tend to show up more on paperbacks than in Kindle thumbnails.

Do you see a future where brick-and-mortar book stores are replaced altogether with digital eBook stores?

I doubt that will happen. I think the two will find their own markets and settle down happily side by side. I expect digital sales will increase and take a further share of the market but like many I hope that book stores will remain.

Do you feel Kindle Direct Publishing is affecting the relationship between authors and traditional publishers?

I was asked this question at The London Book Fair on one of the Author lounge panels. The best way I could describe it is by imagining a juggler, with authors, agents and publishers all thrown up in the air, and nobody quite sure how they would balance and land.

I think the key to change now will be how literary agents adapt, both in their relationship with authors and publishers. Some agents are now backing their clients all the way, whether they get a traditional deal or not. Some authors are having success without literary agents or a traditional publisher, and other authors are being approached directly by publishers and are then finding an agent to help them negotiate a deal. A few years ago none of these things were happening.

The more success independent authors have the more things are likely to change. One of the ironies of the direct publishing revolution is that some authors, who were once turned down by traditional publishing houses, are now being approached because of their successful presence on KDP. Some really good novels which didn’t get noticed before have come to attention this way.

There are some that still feel self-published eBooks are not of the same literary quality as those published by major publishing houses. How would you respond to those remarks?

I would say it’s best not to generalise. Of course some self-published books are of poor quality, but equally some are excellent. Most of the traditionally published books we read should reach a certain standard, but some pretty poor efforts do seem to slip the net from time to time. The only fair thing to do now is judge each book on its merits; however it has reached the market. After all, we often support the premise of equality of opportunity in life, and we should apply that to books too. No matter what its origin, each individual book should be judged on its content and not its background or route to publication.

How would you like to see the Kindle Direct Publishing process improve or evolve in the future?

I think we have to look at this from a reader’s perspective. At the moment they have a mass of material, some good, some bad, and some probably rather ugly. It would really help I think if Amazon could assign each book one or two totally independent reviews, so that the first two reviews were always impartial. That way everyone can still publish, and equality of opportunity remains, but we must try and get rid of that stigma where people think early reviews are the ones done by mum and dad, or husband/wife etc. They could also add a bit of their own blurb about the author or their experience. I’m not exactly sure how they would work this but something is needed… something about the book which is independent of the author, to help readers sift out the nuggets from the fool’s gold. It’s surely in Amazon’s own interest to promote the highest quality work. It’s a common gripe with the buying public, that all they have to go on sometimes is the author’s own hype… which can, on occasion, veer towards the overblown.

Would you ever go back down the traditional publishing route?

Ask me that in a couple of years time and my answer might be different, but right now the honest answer is yes. For all the reasons outlined above we haven’t quite got there yet with independent or direct publishing. However, things are changing so fast I suspect the balance will continue to shift. If it does, and if it gives independent authors a fair and level playing field then all that should matter is the quality of the books.

What might lie ahead is a ‘battle for hearts and minds’. Once the public feel satisfied that there is no inherent difference in the quality of the books available then the seesaw should come down on the side of direct publishing. I feel that if Amazon, as the leading player in this arena, addresses the issue of giving the public the sort of assurance that traditional publishers used to then things will really change. It will mean using a system that is open and fair, and that we can all have faith in, but it could make all the difference to the future for independent authors.