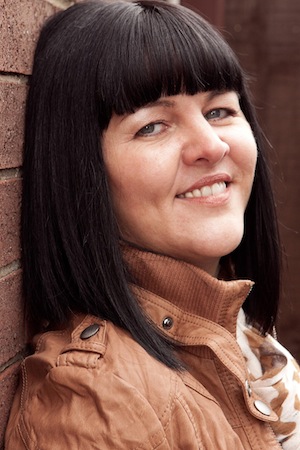 Stoke based Mel Sherratt, always had a passion for writing but worked full time as housing officer for the local authority so was unable to find the time to pursue this further. It was only when she was made redundant after 9 years that she decided to give writing a real go and self published her first crime novel ‘Taunting the Dead‘ via Kindle Direct Publishing which went straight to number three in the Kindle best seller chart – a huge achievement! Since then, she has gone from strength to strength and has published a further three novels. She was recently chosen to speak about her experiences at the London Book Fair. We grabbed her thoughts on the Kindle Direct Publishing process.

What originally drew you towards the self-publishing route?

I tried for over a decade to get a traditional deal. When Taunting the Dead was rejected by the publishers it was sent to, often with some good feedback, I began to study the Kindle market to see what was selling. It seemed crime thrillers were doing well so I decided to self-publish it with the hope of getting a sales figure to tempt a publisher for any future books.

Had you any experience with major print publishers before finding success through Kindle?

What do you consider the main benefit of Kindle Direct Publishing?

It’s a fast, efficient and easy to use system. So if you have a well-written, copyedited book with an eye-catching cover, something that shows you take pride in your work, it has more chance of being seen and read. For authors like me, it was a great opportunity to get their books to market.

Are there any limitations to Kindle Direct Publishing?

I’m not sure – I haven’t come across any yet. I suppose one thing could be competition in stocking printed books in shops, yet more and more I hear that’s the case with the traditional route too. And as things are moving more towards digital for quickness and ease now, it’s not too relevant. I would love to see my paperback in a shop though.

What challenges face those looking to self-publish their first eBook?

Although it’s getting better, there is still a stigma around self-publishing, but thankfully as time goes on, more self-published books are being read and enjoyed. I still think the main challenge is to get a book noticed. The notion that every self-published book is only self-published because it was rejected by a mainstream publisher isn’t the case anymore. There are lots of books out there too, far too many to be published in the traditional way. Self-publishing is another option now.

Can a successful author make a living solely through Kindle self-publishing?

Yes, I think so. It’s all about working on the next book to help keep interest in the others going. Once a new book goes out, sales of the others should increase too – as they should for any author who has built up a following on any platform.

Is your eBook also in print? If so, how did the process of getting the book in print compare to your experiences with Kindle self publishing?

One of my ebooks, Somewhere to Hide, is in print. I used Createspace and, once the files were created to upload, found it as easy at Kindle Direct Publishing. Whether you create the cover and the interior yourself or get someone to do it for you, the system is really easy to use.

Do you see a future where brick-and-mortar book stores are replaced altogether with digital eBook stores?

Not at all – I think it’s about choice. And what could be better than going into a local bookshop where you can browse for books already on their shelves, but also, with the press of a few buttons on a machine, print out a book that isn’t in stock, on demand. Combine it with a coffee shop, and cake, and I think that would be heaven for me.

Do you feel Kindle Direct Publishing is affecting the relationship between authors and traditional publishers?

There are some that still feel self-published eBooks are not of the same literary quality as those published by major publishing houses. How would you respond to those remarks?

Writing for anyone is a business – there are lots of people doing just as well as the major publishing houses. But there will always be good and bad in everything. I would say that most self-published writers have covers designed by professionals, employ copyeditors to ensure their work is the best they can put out, learn how to market and interact with readers, and then go on to write their next book.

How would you like to see the Kindle Direct Publishing process improve or evolve in the future?

I’m happy with Kindle Direct Publishing because there is always something new, something being worked on in the future, that will improve things for all authors. I’m so glad I had the opportunity to self-publish with them and to get my words out there at last.

Would you ever go back down the traditional publishing route?

Yes, I make it no secret that I would like a traditional publishing deal. As to how that deal will look now though, who knows? It’s very different to what it might have been two years ago. Publishing has changed so much, so quickly, and it’s exciting to, hopefully, be part of something new.