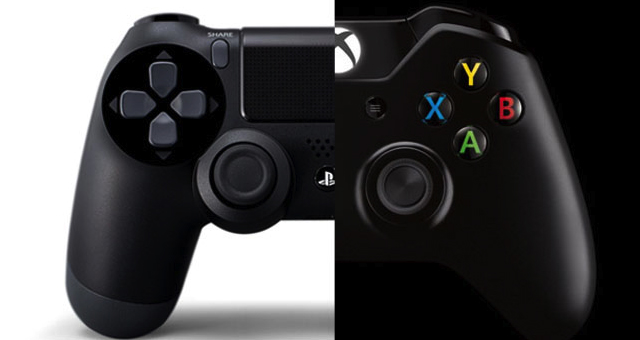 With both Sony and Microsoft’s next-generation consoles mostly revealed, we’re now starting to get a picture of which machines is set to be the most powerful. And it seems as though Sony’s PlayStation 4 will offer more raw graphical horsepower than Microsoft’s Xbox One according to reports.

Eurogamer’s in-depth tech breakdown Digital Foundry team have conducted a detailed hardware comparison of the two machines, pointing out revealing differences in the graphical processing units of the two that sees the “PlayStation 4’s 18 CU graphics core has 50 per cent more raw power than the GPU in the new Microsoft console”.

“We know that both Xbox One and PlayStation 4 are based on Radeon GCN architecture and we also know that each compute unit is capable of 64 operations per clock,” writes Eurogamer’s Richard Leadbetter.

“So, again through a process of extrapolation from the drip-feed of hard facts, the make-up of the One’s GPU is confirmed – 12 compute units each capable of 64 ops/clock gives us the 768 total revealed by Microsoft and thus, by extension, the 1.2 teraflop graphics core.

“So that’s another tick on the Durango leaked spec that has been transposed across to the final Xbox One architecture and the proof we need that PlayStation 4’s 18 CU graphics core has 50 per cent more raw power than the GPU in the new Microsoft console.”

So what, if any, reason is there for Microsoft’s console to be less powerful? It seems tied to Microsoft’s decision to lock down 8GB of RAM for the console at an early point in development “serious volume of next-gen DDR4” was unavailable, leading to a complex architecture being created to avoid DDR3 bottlenecks.

With the PS4 design stage not suffering from similar problems, more die-space was freed up for graphical power.