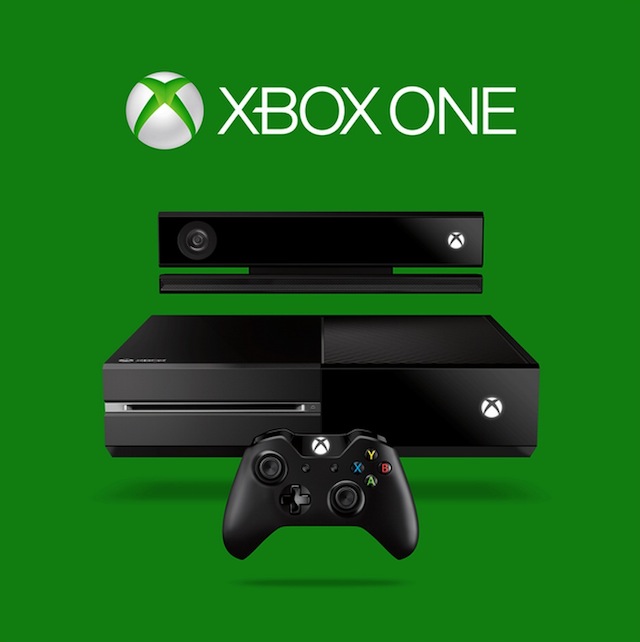 Microsoft have lifted the covers on their long-awaited next-generation console, the Xbox One.

A far more elegant moniker than the rumoured Xbox Infinity and Xbox 720 names, Microsoft hope the new Xbox One machine will be a single “all-in-one” entertainment device at the centre of your living room, as focussed on delivering television content as much (if not more so) than games.

The Xbox One console and its specs

A slick, angular looking black box with an accompanying redesigned Kinect sensor, the Xbox One’s internals make use of an 8-core CPU backed by 8GB RAM and 5 billion transistors, with x86 architecture and 64-bit support making it more similar to a high-end modern PC than the current Xbox 360.

Running “silently” despite the power according to Microsoft reps at the launch event at the company’s campus HQ, the machine will also include a Blu-ray disc drive for movie playback and delivery of game media. A 500GB non-removable hard drive will be used for mandatory game installs and media content, with storage expansion via the cloud and the console’s USB 3.0 port.

Future-proofed with 4K video support (alongside standard 1080p Full HD) and ticking AV enthusiasts boxes by supporting 7.1 surround sound, the console includes both HDMI In and HDMI out ports for hooking up to both a TV and set-top box.

“We’re putting you at the centre of a new generation of your living room,” said Microsoft’s Don Mattrick.

That living room experience will be shaped by the Xbox One’s new operating system architecture that combines elements of the standard Xbox 360 interface with Windows 8 functions, such as application snapping to corners and split sides of the screen. Described by the Microsoft presenters as “three operating systems in one”, users will be able to seamlessly move between applications in an instant, with an interface not dissimilar to the current Xbox 360 dashboard. It’s a multi-tasker’s dream.

Much of this movement between apps will be done with the console’s new Kinect 2.0 sensor, which looks set to ship with every Xbox One machine. Kinect will be a mandatory requirement of the new console, and will always have to be connected to the Xbox One in order to operate it.

Taking in more natural, conversational voice commands, users will be able to switch on their console by simply stating “Xbox on” in the vicinity of their machines. The Kinect will also be able to identify between individual voices, booting up to multiple user’s personal accounts by picking up the distinct differences in each person’s voice.

Where the voice commands get very interesting and most useful however is with the way the Xbox One integrates with your live TV sources. The console will act as a go-between between you and your TV, letting you state simple voice commands to switch between playing games and live TV, without having to jump for a remote and hit the source channel. The Kinect will be able to understand conversational voice commands and interface with your TV to switch to the channel or TV show of your choosing, with the console featuring an integrated TV guide to help you find the show you’re looking for.

Over time, this interface will get to know your favoured shows and offer recommendations, while the console’s operating system will also pick out trending content and preferred shows from your social circles, offer them up as suggestions.

Now able to process as much as 2Gbits of data a second, the new Kinect’s camera will also be able to recognise more advanced gestures and movements. Capturing 1080p video and recognising more advanced skeletal maps with more joints and articulation points, the new Kinect will allow users to “grab” content on the TV by expanding or closing the distance between two hands, resulting in an effect not unlike a tablet’s pinch-to-zoom feature, taking you out of the current application and instantly back to the main Xbox One homescreen. There was even talk of the camera being able to recognise a heartbeat when exercising in front of it.

Skype calling is also integrated into the console, with the 1080p camera allowing for picture-in-picture video calls, something that will hopefully be supported during gameplay too.

The standard Xbox controller has also been given a subtle redesign. Though staying similar to the current look of the Xbox 360 controller, it feature improved ergonomics and a more responsive D-Pad, as well as a more svelte battery compartment on the rear for wireless gaming. Microsoft reps mentioned “dynamic impulse triggers” but didn’t elaborate on what that means – it may refer to rumble features, or varying degrees of pressure that can sensed or needed to operate.

Smart Glass returns too, allowing for much of the interface and portions of future, undisclosed games to be controlled by a tablet or smartphone, giving Xbox One owners a smorgasbord of potential control methods.

Xbox Live on Xbox One

Xbox Live returns as the unifying online system of the Xbox One console, tying together game downloads and online play with media consumption services. On the new console it will still use the same membership you have on the Xbox 360, allowing you to carry over your hard-earned Gamerscore. 300,000 servers will be used to connect all users and services across the world, with almost all the consoles media content stored in the cloud, including save games.

This will also include user-created game clips, with the console offering recording functionality similar to the PS4’s “Share” system, and likely tying in with Microsoft’s recent partnership with the Twitch gaming channel.

However, considering the Xbox 360 is primarily a games console, the Xbox One’s launch featured scant few games, especially compared to the breadth of games on show during Sony’s PlayStation launch event. Though Microsoft promise 15 Xbox One exclusive titles within the first year of launch (8 of which will be brand new franchises), only a handful were on show, and none demoed in real time on the hardware.

The headlining game on show was the grand unveiling of gameplay footage from the new Call of Duty: Ghosts title from developers Infinity Ward, showing off advanced textures and facial mapping technology, as well as new gameplay elements such as dogs and improved player movement. It looked fancy, even if sticking closely to the Call of Duty formula. As almost certainly a multi-platform title, the Xbox One coup here is exclusive DLC

EA showed off their new Ignite engine, which will power next gen Fifa, Madden, NBA and UFC, titles all headed to the Xbox One in the next twelve months. True Player Motion will add to in-game physicality and more advanced player movements, 3D crowds will enhance match atmosphere, while Xbox Live will deliver a daily stream of new content to EA games – likely tied into current sporting events. FIFA 14’s Ultimate Team mode will also have Xbox One exclusive features, which will be revealed at E3.

The other two games on show were Forza 4 from Turn 10 Studios, looking as life-like as the developers racing titles ever do, and an intriguing new IP from Alan Wake developer’s Remedy called Quantum Break, which seemed to tie telekinetic action into a third-person adventure.

The Xbox One console will not be backwards compatible, meaning your old library of Xbox 360 games will be unplayable on the new machine.

This lacking feature was confirmed by Microsoft Xbox Live VP Marc Whitten, speaking to The Verge. “The system is based on a different core architecture, so back-compat doesn’t really work from that perspective,” he explained.

It’s a similar situation to that seen with the PlayStation 4, where its new architecture is also at odds with the previous generation’s games.

However, whereas Sony’s console will allow gamers to stream old titles, Microsoft did not announce any similar features for the Xbox One console. When asked whether or not the console’s updated Xbox Live features would allow for older games to be downloaded, Whitten stated that no such plans were currently in the works.

However, Microsoft did confirm that all non-game content purchased on the Xbox 360 through Xbox Live will carry over to the Xbox One console, allowing players to carry over music and movie files. 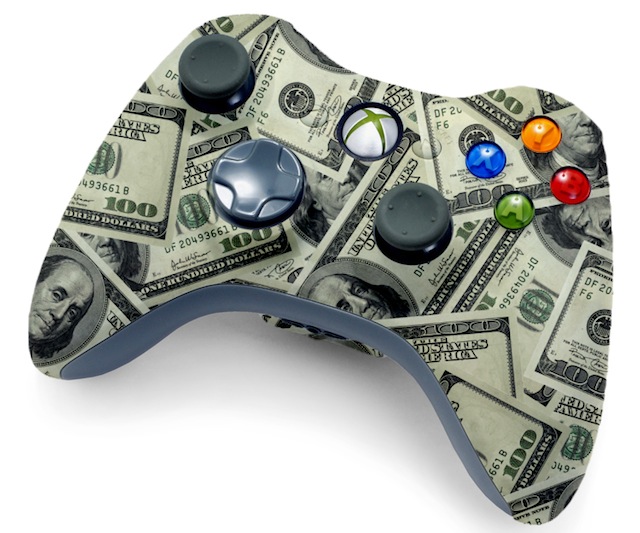 If you’re a gamer on a budget, Microsoft’s freshly-announced Xbox One console may not be for you, as second hand games and pre-owned titles will require an additional activation fee to play.

This seems to be because all games will require a mandatory installation to the console’s onboard HDD that ties titles to a single Xbox One owner’s account, preventing them from passing the disc around.

A second hand game that has already been tied to a console will require a monetary fee in order for activation via the internet and Xbox Live to occur, it seems.

It’s a move that’s sure to split the gaming community down the middle. Cash-strapped gamers will be up in arms, neither able to sell on their games nor pick up a bargain on the second hand market. It’s also looking unlikely that you’ll be able to let your pals borrow games either, as they too look set to require an activation fee for a separate console unless Microsoft introduces some sort of loaning system. It’s not yet clear if games will even work across console accounts in the same household. Second hand retailers like CEX and GAME must be quaking in their boots too.

However, the move will mean that developers and publishers will make more money for their hard-earned work on games. They currently receive no money for second hand game sales, and increased revenues for these teams should lead on to better games in the future.

In any case, it’s all become clear now why EA were so happy to give up their Online Pass model, right?

Perhaps the most exciting game news from the event wasn’t even actually tied to a playable game. Instead, it was the news that the Halo franchise would be being made into a TV show, to be helmed by legendary director Steve Spielberg.

It’s a particularly interesting turn of events. Not only is it a coup to nab Spielberg, but, with the console’s new focus on television, it looks as though Microsoft will be taking the same route as Netflix and LoveFilm in producing new content exclusive to their platform.

The Xbox One will also have a partnership with NFL, popping a fantasy football league alongside live matches, letting you check out your team and player’s rankings in real-time in relation to their real-world games, side-by-side with the live feed of matches. Though this feature will be lost on all but American Xbox One owners, a football (or “soccer”, if you’re from across the pond) version would likely be well received across Europe.

Price
Microsoft’s next-generation Xbox One console will cost £399.99 in the UK.

That’s according to online retailer Zavvi, who have set the price for their pre-order packages accordingly. The retailer has also revealed pricing for the games announced so far for the console, with a blanket price of £49.99 across the board.

That’s an exact match for both Sony’s hardware and software for the PlayStation 4, meaning we’re likely to see a real fight to be at the top of Christmas lists later this year when the two consoles launch.

No specific launch date was given, though Microsoft did state the Xbox One will launch worldwide this year.

So, what do you think of Microsoft’s Xbox One console? Everything you hoped it would be? Or has Sony’s PlayStation 4 got it beat? Let us know your thoughts in the comments section below!