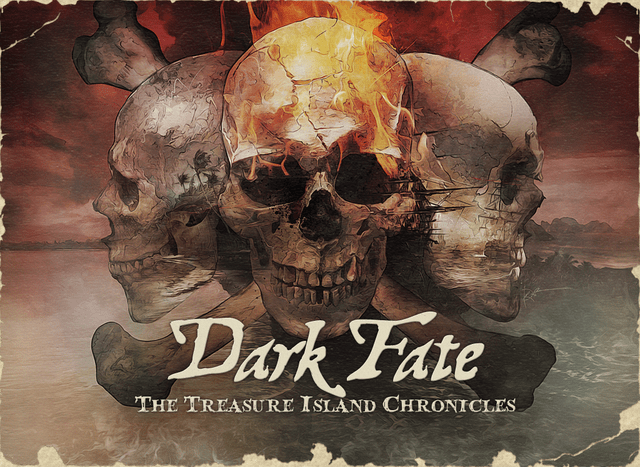 Our self publishing season continues today with a quick look at Dark Fate: The Treasure Island Chronicles, by Oxfordshire-based startup Whooc Publishing Ltd. under their Freed Fiction Imprint. So far we’ve looked at how to solo DIY publish Kindle eBooks, but what of stand-alone apps, and alternative ways to fund your project?

Dark Fate: The Treasure Island Chronicles explores both, being a novel in app form for iPad and iPhone, seeking funding through the Kickstarter crowd-funding community.

Fronted by Bea Longworth and Bill Cole, the pair founded Whooc Publishing themselves back in October 2012. Dark Fate: The Treasure Island Chronicles is set to be their young-adult orientated Freed Fiction imprint’s first title. And it’s an ambitious one.

Described as “first person fiction”, it borrows heavily from the Choose Your Own Adventure books of old, but brought bang up to date as an iPad app. A prequel to Robert Louis Stevenson’s Treasure Island, Dark Fate will let readers pick their own path through the tale, with the choices they make not only shaping the story, but defining the character the reader eventually becomes – Treasure Island stars Long John Silver, Blind Pew or Billy Bones, using an interface and coding Bea describes as similar in principle to that of console game Mass Effect. 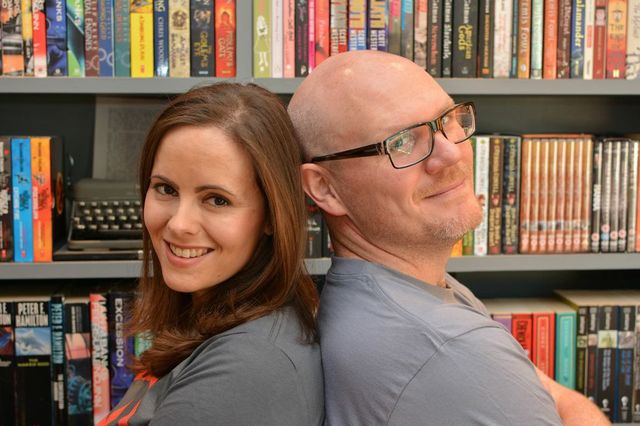 With touch controls and glitzy animations, it’s far removed from the pen and pencil book-based role players of generations passed, making great use of the technology at hand. However, it’s a more complex undertaking than a standard eBook, requiring a team of people to complete. Dark Fate will also have to face Apple’s somewhat-draconian App Store approval process – a submission system far more involved than, say, the KDP approach.

“It’s been really interesting coming from tech to the book publishing industry as a relative outsider,” says Bea.

“Many publishers seem to view anything ‘digital’ as borderline witchcraft, but also know they need to find a way to use technology effectively if they’re going to grow their audience. At the same time, interactive fiction and other genre-busting book/game crossovers are having a resurgence – The Numinous Place by Brandwidth was recently successful on Kickstarter, The Story Mechanics just released their first ‘digital feature’ The 39 Steps on Steam and Random House is experimenting with Black Crown, a ‘narrative experience’ designed to launch a new author. “

Kickstarter is full of potential for authors looking to fund their writing, but it’s no walk in the park. Project backers can be demanding, requiring constant updates on the project that may distract from an authors work. Stretch goals for novelists can be great fun though: if a backer pops an extra £1,000 into the project, for instance, they could be immortalised as a main character in the tale.

However, with Kickstarter’s profile rising rapidly, it’s becoming an increasingly competitive area, with hundreds of projects all vying for backer’s cash. Fail to hit your funding goal, and any money pledged by backers returns to them, potentially derailing your project.

“Kickstarter is becoming quite mainstream, which means a wider audience of potential
backers but also that Kickstarter fatigue is setting in,” explains Bea.

“We don’t have any celebrity supporters or cult following, so we decided to try and stand out by creating a video which would be entertaining as well as informative. We’ve mixed up our favourite movies, games and young adult novels – it’s kind of like an episode of Spaced crossed with an infomercial!”

For more on Dark Fate: Treasure Island Chronicles, click here. The project is seeking £25,000 of funding, and has 23 days to achieve that goal.