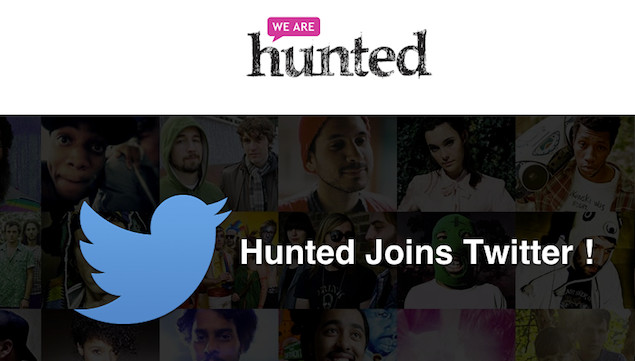 Twitter have confirmed that their purchase of music discovery service We Are Hunted has now been finalised, sparking rumours that a Twitter music service is now on the verge of launching.

First noted back in March, the acquisition will see We Are Hunted shut down in its current form and be integrated into Twitter. It’s expected that Twitter will launch a standalone iOS music discovery apps, using the We Are Hunted team’s technologies and expertise. It’s thought that most of the music will be streamed from artists’ SoundCloud pages, and where that’s not available, iTunes previews will instead be offered.

Speaking of the acquisition, We Are Hunted posted the following statement on their website:

“While we are shutting down wearehunted.com, we will continue to create services that will delight you, as part of the Twitter team…We wish we could say but we’re not yet ready to talk about it. You’ll hear more from us when we are.”

AllThingsD are reporting that the new Twitter service may be launched as early as today, while US TV personality Ryan Seacrest has seemingly let the cat out of the bag early, revealing on Twitter (of course) that he’s already been testing the new service.