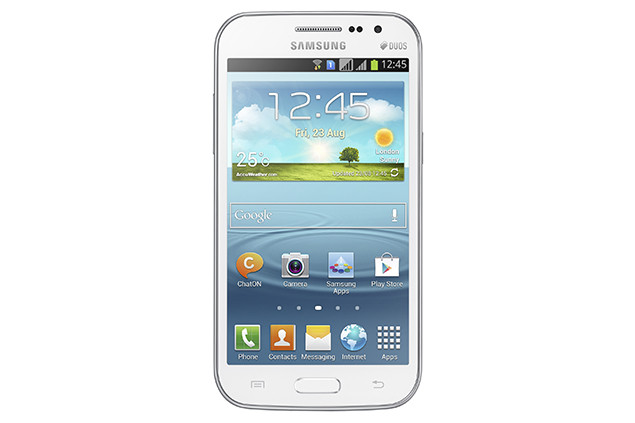 The Samsung Galaxy S4 isn’t going to come cheap, with its price revealed to be hovering around the £530 mark. If that’s too much of a stretch for your wallet, you may want to check out Samsung’s new mid-range offering, the Samsung Galaxy Win.

Sharing similar looks to the Galaxy S4, it’s packing a slightly slower quad-core processor, though is expected to come in at a significantly cheaper price.

A 4.7-inch handset, its screen runs at 720p resolution, with 8GB of built-in storage and a 5MP camera on the rear.

Running Android 4.1 Jelly Bean, some of the S4’s impressive still camera shooting modes have trickled down to the Win, including Continuous Shot and Best Photo, as well as software features like the new Easy Mode, stripping back Android to your most used functions and apps.

There’s also Motion UX gesture controls, letting you control elements of the mobile software onboard without using the usual taps and swipes.

No word on pricing or release information yet, but we’ll keep you posted.