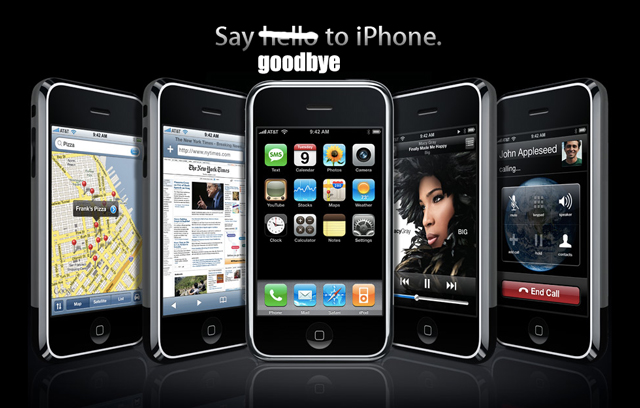 It’s the end of an era: Apple are finally putting the original iPhone out to pasture, rendering it “obsolete”.

This means that Apple will now longer be catered for through Apple’s care centres as of June 11 in European, Asian, Latin American and Canadian territories. Californian statue however states that the phone must remain serviceable in the company’s home state, so vintage smartphone fans will be able to eke out a little more love for the phone from Apple in California.

First released back in 2007, the original iPhone introduced the world to iOS, then called iPhone OS, introducing us to the now-widespread concept of mobile apps, through a silky-smooth touchscreen experience.

Primitive by todays standards (there was no 3G in the original model, and had only a 2MP camera and underclocked 620MHz processor), it did however lay the foundations for what would become a revolution in mobile telephony.

Apple will be also making the iMac G5, PowerBook G4 and 2005 Mac Mini obsolete, so make sure you get any problems fixed with them soon.