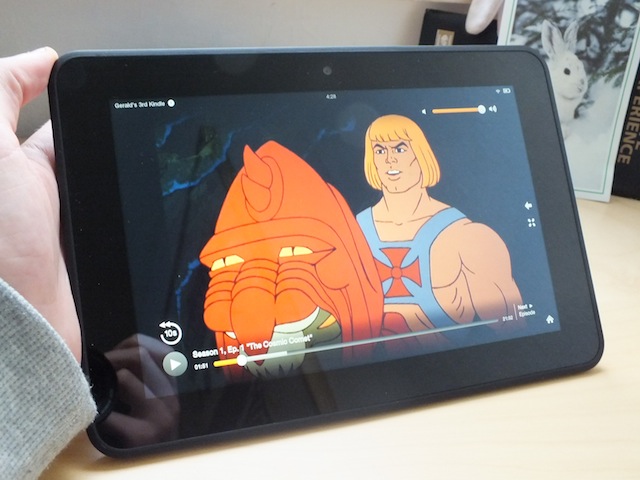 LoveFilm is experiencing a surge in popularity for classic animated TV shows from the 80s and 90s.

Cartoons like He-Man: Masters of the Universe, Inspector Gadget and the Super Mario Brothers Super Show have seen viewing figures experience streaming increases upwards of 300% during the start of 2013.

In fact, across February and January of 2013, 47% of all streamed animated content on LoveFilm originated from the 80s and 90s.

“There is always a feeling that the shows from your own childhood made up the golden age of TV, so it is fascinating to see that viewers are revisiting classic series such as He-man and The Smurfs,” said Helen Cowley, editor of Lovefilm.

“It is also great to hear that parents are sharing these shows with their children, introducing a new generation to this timeless content.”

So what’s inspiring the boost? We’d put it down to ease of access. Services like LoveFilm make it simple to quickly tickle a fancy for nostalgia, searching the archive to pick up choice shows from users’ childhoods. With tablets and smartphones as at home in children’s hands as parents’, it’s likely that the older generation are passing knowledge of these shows on to their kids through smart devices.

And, as we all know, cartoons from the 80s and early 90s were waaaaaay better than the rubbish they put out today, so kids are lapping it up. Right?