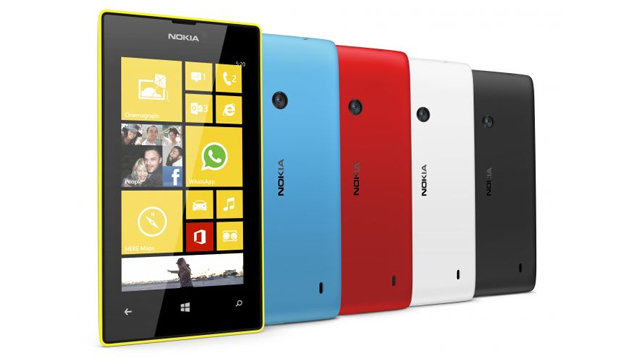 Nokia are said to be working on a new Lumia smartphone to rival the Samsung Galaxy Note in terms of size.

Sources “with knowledge of the company’s plans” have spoken to the Financial Times, who are reporting that the Finnish phone manufacturer is putting together a “phablet” device with a screen around the same 5.5-inch size as the Galaxy Note, but packing in “more advanced specifications” under the hood.

Nokia will also be launching a high-end camera phone with a massive 40MP sensor in July, using the same camera tech that was found in the unusual Symbian-based 808 PureView phone from last year. It seems this summer’s phone is the rumoured EOS PureView device.

The new phones will be added to the quickly-growing range of Windows Phone 8 devices offered by Nokia, including the Lumia 520, 720, 820 and 920. With little more than size and camera setting all the devices apart considering how well the Windows Phone platform scales to less powerful hardware, these new rumoured handsets could prove interesting additions to the Lumia line up.

They’d effectively give Nokia three flagship devices; the all-rounder in the shape of the 920, the camera focussed EOS PureView and the tablet-like 5.5-inch device. With Samsung’s Galaxy line saturating the Android market with more configurations than could possibly be needed, and Apple playing it safe with just the one new iPhone each year (forgetting the rumoured “cheap iPhone”, of course), Nokia’s range would seem to be covering a sensible number of bases and user requirements.