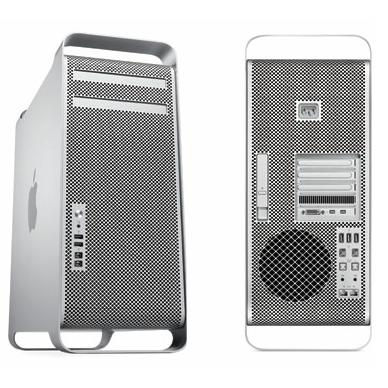 The Mac Pro was once the powerhouse of the Apple computing family, but has over the years fallen out of favour in Cupertino as shiny Retina MacBook Pro laptops and slimline iMac all-in-one desktops have stolen the limelight, alongside a mobile and tablet focus. They’ve gone without a major update for some years now (barring the odd minor spec bump), but that may be set to change in the coming weeks.

Mac Daily News are reporting that Apple is planning an April reveal for an all new Mac Pro model. Stating that this reveal could potentially slip to May or June depending on production successes, the site is quoting a trusted tipster. However, there are no details on the form of the new Mac Pro, be that a continuation of the tower design or something else entirely.

It’s been a troubled few months for the Mac Pro line. New regulatory requirements have seen the machine banned from sale in Europe, as unprotected fan blades make it potentially hazardous. A new model addressing this issue could be reason enough for Apple to speed up the reveal process.

Apple has also reportedly told resellers on the continent looking to sell the machine once more that a significant update to combat the new regulations is on the way, due by Spring 2013. It seems now would be the perfect moment for Apple to unleash the new Mac Pro.