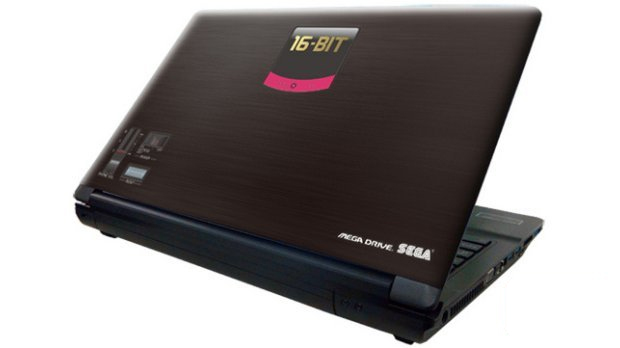 After bowing out of the console game following the so-so response to the Dreamcast, Sega are set to return to the hardware market. But not perhaps in the way you’d have first guessed.

The Sonic stable are putting out a set of four laptop PCs in Japan called the Sega Note, each designed to look like one of Sega’s classic retro consoles thanks to interchangeable top lid faceplates.

As well as a simple “blue Sega” model, there’s a Mega Drive version (that’s the Genesis to US readers), a Sega Saturn version and a Dreamcast model.

Each comes with it’s own individual specs, but it’s the top of the line model we’re most interested in. As well as coming with all four console cover plates, it’s got a decent spec sheet, packing in a 2.40GHz Intel Core i7-3630QM Processor, 8GB of DDR3 SDRAM and an NVIDIA GeForce GT650M 1GB graphics card, a 120GB SSD and a Blu-ray writer. It sounds like it’d be a pretty capable gaming laptop, all things considered.

No word yet on a European release, and the high cost of the Premium machine (194,250 YEN puts it at around the £1,400 mark before you’ve even factored in shipping costs) when compared to comparably spec’d gaming machines available in the UK make importing it for die-hard Sega fans only. But if you insist, you can check out the pre-order form from Enterbrain here.