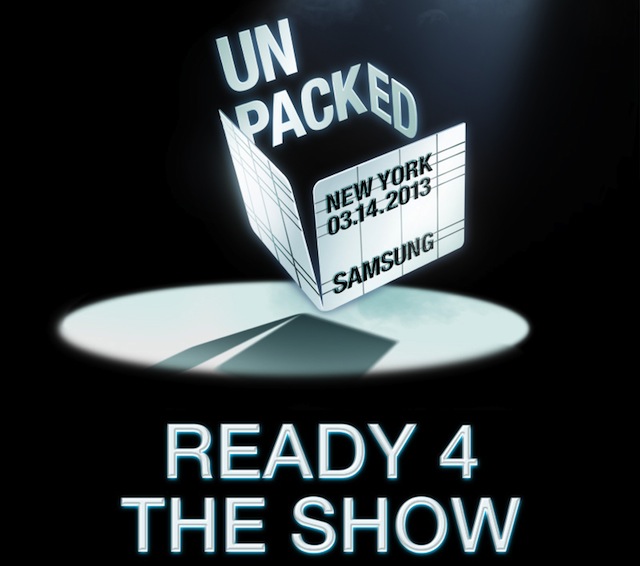 Samsung has confirmed that it will reveal the Samsung Galaxy S4 smartphone at a press event at New York City’s Radio City Music Hall on 14 March.

With a tagline of “Ready 4 The Show” and a line that states “come and meet the next Galaxy” its a dead giveaway what the company plan to show off.

“We introduced the Galaxy S III in London last year, and this time we changed the venue (to New York) … as we were bombarded with requests from US mobile carriers to unveil the Galaxy S IV in the country,” Samsung Electronics’ mobile division chief JK Shin told Edaily news, as spotted by Reuters.

The date’s been widely rumoured for a few weeks now, as have the details of the handset itself. We’ve been collating all the spec snippets on the Galaxy S4 that we could find over the past few weeks. You can check out our rumour round-up by clicking here.

We’ll be updating Tech Digest live during the Galaxy S4 launch event, so keep checking back on 14 March for all the official details.