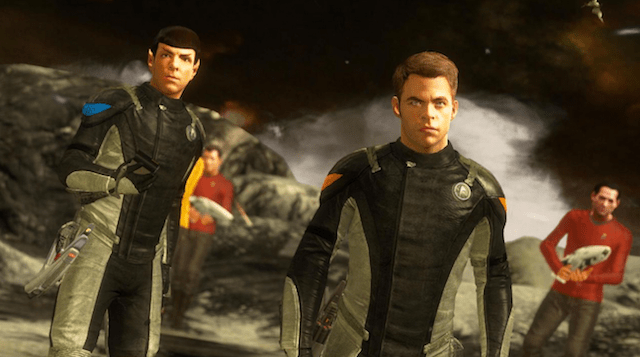 The goal here is also to not only accurately recreate the Star Trek universe in game form, but to build a game that’s worthy of attention in its own right. In a wise move, the developers have chosen to set the game between 2009’s Star Trek and the forthcoming Star Trek Into Darkness movie. Though still canonical, they’ve got an original story to build levels around (one that sees Kirk and crew take on fan favourites the Gorn, here given a 21st century makeover since their rubber-suited days), giving them creative freedom to create the sort of interactive experiences that they want to bring to the table without being tied to an established narrative. 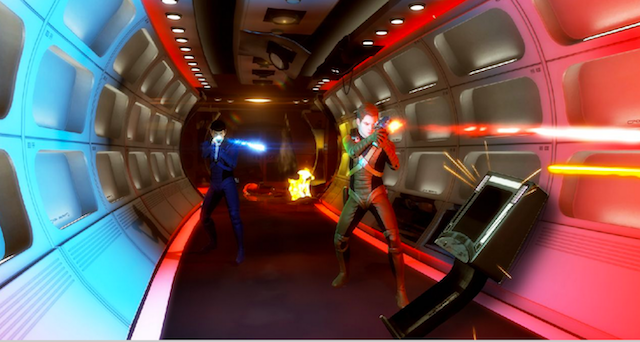 From the game’s unveiling it’s been branded quite unfairly as a Mass Effect knock off. Though J J Abrams’ take on the Star Trek universe may well have taken inspiration from Mass Effect, it’s worth remembering that Star Trek was pretty much the blueprint for Mass Effect to begin with. And in reality, they’re two very different games.

While Mass Effect is an RPG with branching narratives and character customisation, this is very much a focussed action game, more in line with the likes of Uncharted or Gears of War. As well as cover-based shooting (the game has over 25 weapons each with dual-firing modes) you’ll do a fair bit of puzzle solving and platforming too, running, jumping, hanging and shimmying around recognisable locations from the franchise. 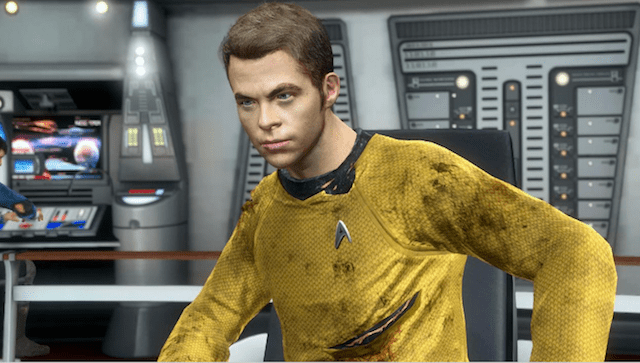 The Gears of War comparison is perhaps the most apt of all. No, Kirk and co haven’t been turned into muscle-bound meatheads, but just as Gears of War had a keen focus on co-operative play, so too does Star Trek. Whether playing in single player or online multiplayer, every Kirk will have a Spock to accompany them and vice versa, whether controlled by a human or the AI.

This leads to many moments in the game where players will have to work together – one instance saw a disarmed Spock carrying an injured Kirk around a ship infested with Gorn soldiers. Kirk has to keep the enemies at bay until Spock can carry him to an operating table. Here, the player being Spock will have to quickly complete a minigame before Kirk is overwhelmed by enemies. Elsewhere gamers will be able to highlight points of interest for each other and request the other interacts with an out-of-reach object (or sends the AI buddy off to do their bidding). It’s a thoughtful approach, considering Star Trek at its very core centres around the relationship of the two Enterprise officers. You’ll even get a chance to pit Kirk and Spock against each other in mortal combat at one point, mirroring the classic scene. 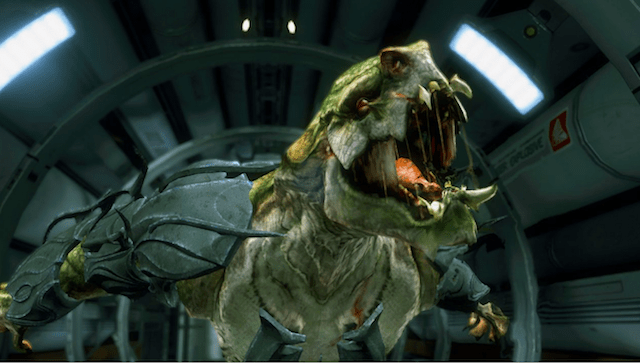 The game also wont be afraid of a set piece or two. A fun hands-off sequence demoed showed Kirk careering through space debris as he attempted to infiltrate the hi-jacked Enterprise unnoticed, while another saw Spock and Kirk dart from safe point to safe point around a large engine as dangerous rays intermittently fired towards them.

Easter eggs abound (keep an eye out for the number of red shirt deaths, while the fan-favourite tricorder now acts as an Arkham-style objective hint system), and care has been taken to re-create key locations such as the iconic Bridge in great detail. However, the level design on show so far seemed sparse and bland, as were effects such as explosions and lighting. Lip syncing looked awkward too, which could undermine the cinematic approach the game is aiming for.

The ambition is definitely there with Star Trek The Video Game, but were yet to be convinced of the execution. We’ll have more on the game in the run up to its launch on 26 April. Keep checking back for more.