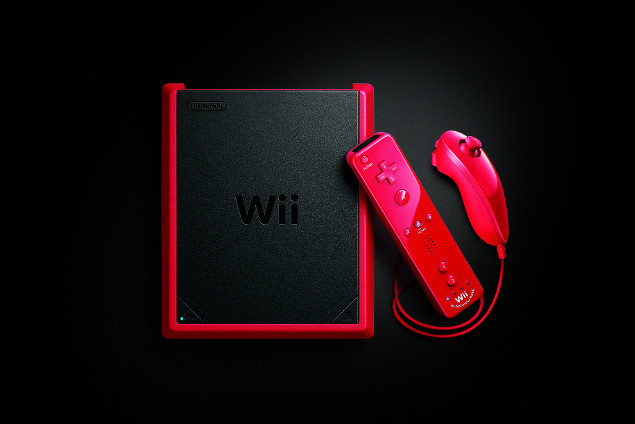 A smaller version of the original Wii console, Nintendo have been able to cut its price and its size by removing the original console’s internet connection, SD Card Slot and GameCube game backwards compatibility.

However, Nintendo have yet to reveal exact pricing for the Wii Mini. In Canada (the only territory it is currently available in) it retails for $99.99, so we’d expect to see it hit UK stores at around the £80-£90 mark. However, considering the comparatively feature-rich original Wii now only costs around £80 (and half that again if bought second hand), Nintendo should really be aiming for a price tag around the £50-£60 if it’s to hope to sell any substantial numbers of the console. Indeed, many gamers will likely now be holding out for the Wii U, which starts at around £240 for the basic pack.

Unlike the white or black original Wii consoles, the Wii Mini will come in a red and black casing, along with red Wiimote and Nunchuck controllers.

Nintendo have also announced a fresh slew of cut-price title being added to its Platinum games range to accompany the cut-price console. Mario Party 8, Wii Sports Resort, Mario Power Tennis and Super Paper Mario will make their debut as Platinum titles alongside the launch of the Wii Mini. Other Platinum titles already available include Super Mario Galaxy and The Legend of Zelda: Twilight Princess.

We’ll bring you precise pricing info as soon as we have it.